Sask. man lives minutes from polling place, told to vote at another 55 km away 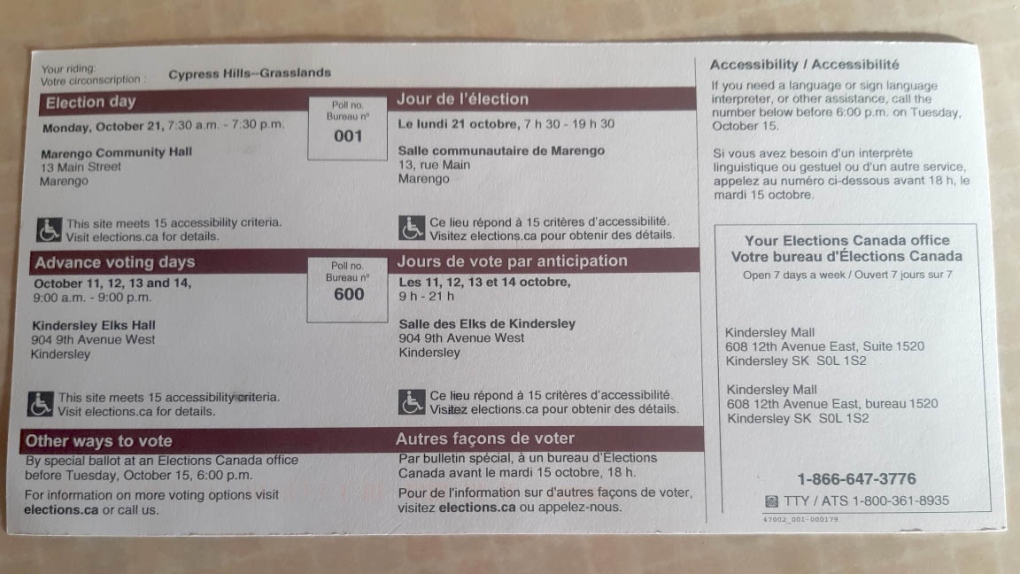 Ken Fleming's voting station is in Marengo, 55 kilometres away.

Kindersley area resident Ken Fleming says he was surprised to learn he would have to drive 55 kilometres, to the village of Marengo, to vote on Election Day.

“I phoned Elections Canada, the Kindersley phone number, an Elections Canada lady told me that several people have phoned in regarding this same complaint,” said Fleming, who lives seven kilometers north of Kindersley.

Fleming said he was able to previously vote in Kindersley on election day for many years and did not expect the change. He will be able to vote at advance polls in Kindersley.

Changes in polling stations happen due to boundary re-alignments, according to Elections Canada.

“When we design the boundaries for the polling stations, we have to decide on where we draw the line. It could happen that my neighbor across the street could vote at a different polling station then me. If you think you're driving too far or we're sending you too far away from where you live, and there's a polling station closer I suggest you do call your Elections Canada office.”

Fleming said he will go the distance and drive to Marengo on election day on Oct. 21.

Kenny said Fleming’s best option would be to either make use of the advance polling station in Kindersley or contact their office directly.

Elections Canada says it tries to set up polling stations as close as possible to voters.