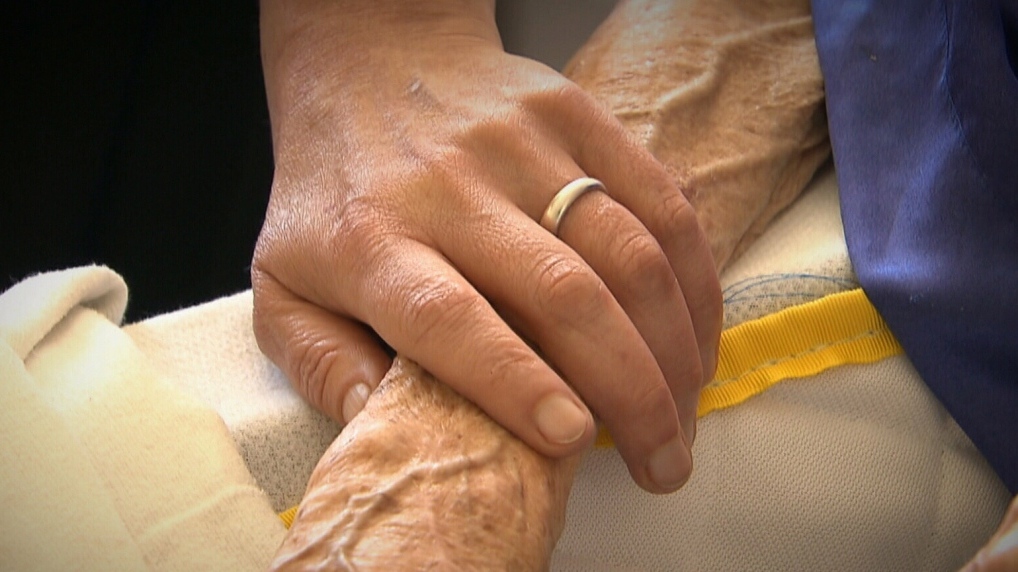 SASKATOON -- A Saskatoon man wants the province to allow more visitors into long term care homes after residents have had their COVID-19 vaccinations.

Frisky received her first COVID-19 vaccine on Jan. 12 and received her second dose on Feb. 10, according to Clark.

He called the Minister of Health’s office with his concerns and said the woman on the phone who answered was “very sympathetic but unfortunately not very much help.”

“You would think that as soon as one facility has got the vaccinations, then they should be allowed to open it up and allow people to visit,” Clark told CTV News.

“If the vaccinations aren’t good enough to allow that to happen, why even bother getting them?”

As of Feb. 22, 80 per cent of residents in long-term care homes across the province have received one dose of the COVID-19 vaccine, according to the Government of Saskatchewan. Forty-three per cent have received both doses and are fully vaccinated.

Being three hours away from Frisky’s LTC home, Clark says FaceTime is difficult since she has hearing issues.

He emphasizes that not being able to see her family was a “tough time” and took a toll on her health saying she was very depressed to the point she was “done with life.”

Due to her deteriorating health, Frisky was able to have her son be her one designated person to visit her for compassionate reasons. While she’s been feeling better, Clark says it’s not enough.

“I just think it’s not fair. I mean the seniors need a voice and none of them have one and I really feel that the government makes very vague statements.”

Clark says he followed up with Arborfield Special Care Lodge on Friday and they said one person is now allowed to visit residents outside of the compassionate care clause.

To prevent the spread of COVID-19, visitor/family presence is being limited to compassionate reasons only in Saskatchewan Health Authority long-term care facilities, the Ministry of Health told CTV News in an email on Friday.

The ministry also states that the measures in place were “not made lightly and removing restrictions will only happen when it is safe to do so” and that no date has been set for changing the policy.

Clark says the COVID-19 vaccine shouldn’t be an excuse for visitations to be “free for all.” As a start, he suggests any two family members or people be able to schedule an appointment and have a masked, socially distant visit.

“Someone has to speak for them (LTC residents) and that’s what I’m doing.”