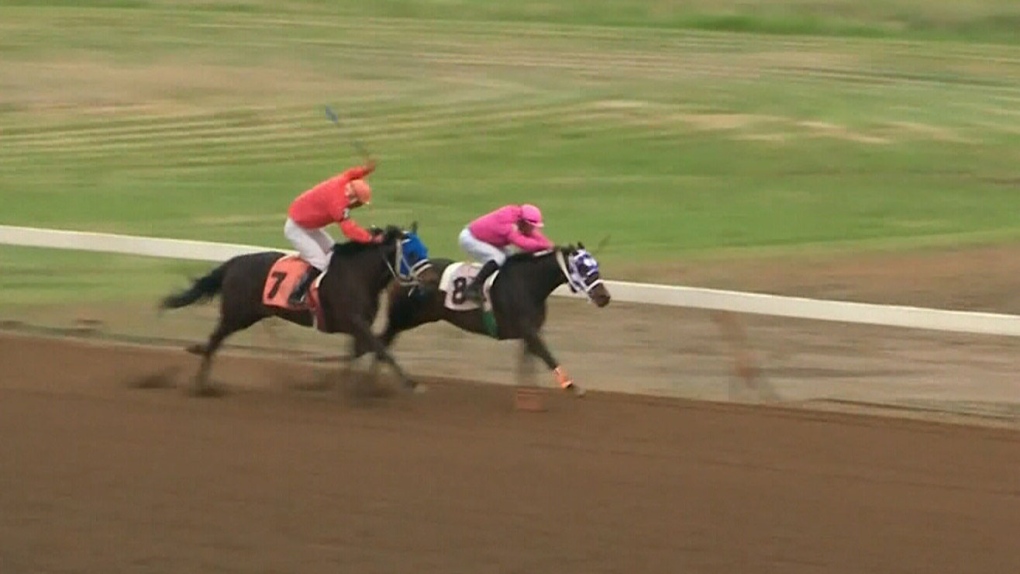 SASKATOON -- On Friday, Prairieland Park announced that thoroughbred racing at Marquis Downs would be permanently cancelled.

“Horse racing has struggled it struggled for many years. We've tried and tried to support it. We have lots of great people in the industry but you know it's just a declining sports field,” said Prairieland Park CEO Mark Regier on Friday.

“We just felt that we had to do what's best for the long term survival of our Corporation, but also for the city and the province as a whole.”

Local jockey Nicole Hein says there’s no reason horse racing wouldn’t be able to succeed if they were given the chance.

Hein says Horse Racing Saskatchewan had asked Prairieland Park for a minimum of 24 race days in 2021, enough to make it financially viable.

Instead, she says, Prairieland Park has asked standardbred racing to run 10 race days in the fall.

A spokesperson for Prairieland Park says declined to comment for this story.

The Manitoba Harness Racing Association confirmed to CTV News that they are in talks to hold standardbred racing dates at Marquis Downs following their summer circuit.

According to Hein Prairieland Park has said there will be a jockey school and Indian Relay racing.

Hein says horse racing in Alberta is given $40 million in funding every year, and the Horsemen's Benevolent and Protective Association approached the Saskatchewan government asking for $2.5 million.

“If that were to happen, it's a minimal investment from the government, and it's an investment in economic activity that comes back multiple-fold for the province,” she said. “We're an agricultural province, so it's investing in agriculture through horse racing.”