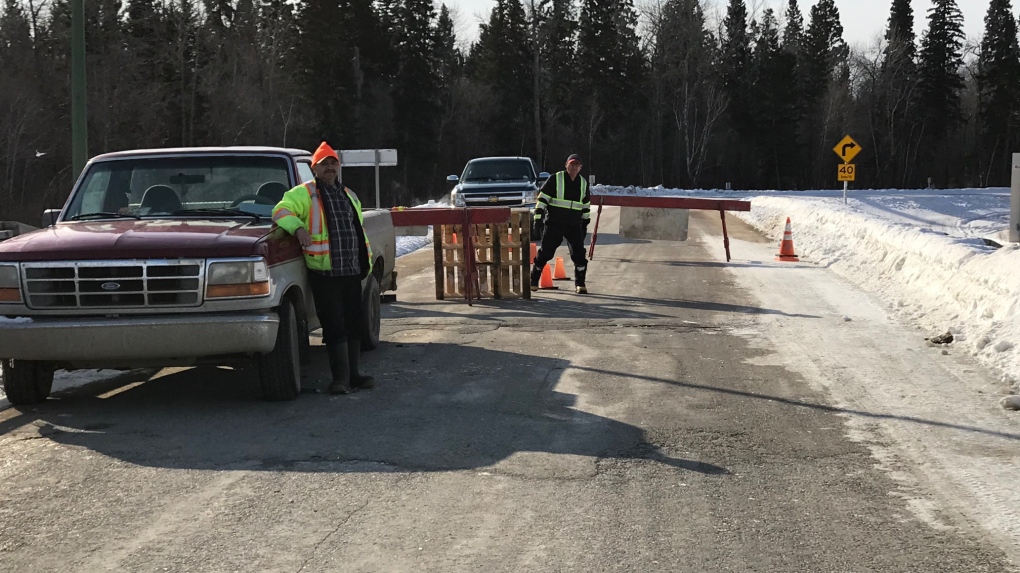 PRINCE ALBERT -- Cumberland House Cree Nation Chief Rene Chaboyer says some in his community are not following the physical distancing measures meant to reduce the spread of COVID-19 and are causing disturbances at night.

“Ever since the COVID-19 came about I think it really, really sparked the drugs and the alcohol. People going into that panic shopping (mode) instead of caring for their kids and caring for their food they’ve taken a different path,” said Chaboyer.

To stop the spread of the COVID-19 virus the Cumberland House pandemic committee authorized a road blockade at the bridge, the main point of entry to the community. The mayor of Cumberland House, Calvin McKay, said the blockades will help put a strain on the illegal drug trade as well.

“We have to at least try to keep our community as safe as possible and that’s the biggest reason why. We are letting in the basic necessities like food, fuel and propane and medication,” said McKay, and they are taking other measures to keep interactions with people from outside the community low.

“Like truck drivers when they bring groceries into the store are asked to stay in their trucks and local people will unload - stuff like that.”

The committee estimates 60 per cent of residents are vulnerable due to chronic illness, asthma, pregnancy and age. The committee is also encouraging people to only leave for medical reasons, said McKay. To keep substance abuse issues low, McKay said the local bar owner agreed to stop selling alcohol off-sale for at least two weeks.

The community was already grappling with the problems caused by illegal drug use before Saskatchewan's first COVID-19 cases.

On the same day the state of emergency was declared, the Cumberland House Cree Nation band council passed a resolution to offer a $5,000 reward for information that leads to the arrest and conviction of meth and cocaine dealers in the community. Chief Chaboyer said his council plans to banish people from the community who are found dealing drugs.

“It’s at the point where it’s a crisis in our community,” said Chaboyer. “It takes a community to fight this. Trying to make a big change. It’s in the hands of the people to act upon it.”

“For the sake of my daughter and her generation, it’s a good idea what they did," Stewart said.

"The last thing we need is half the community going haywire on these drugs being brought in.”