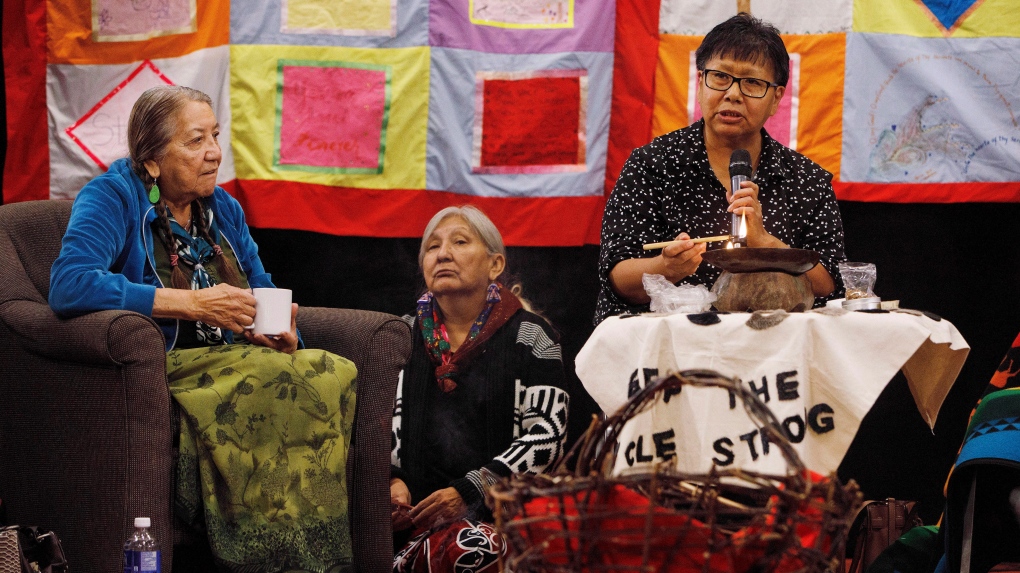 Elders light a qulliq before the testimony of Paul Tuccaro during the National Inquiry into Missing and Murdered Indigenous Women and Girls, in Edmonton Alta, on Tuesday November 7, 2017. (THE CANADIAN PRESS/Jason Franson)

SASKATOON -- The $300,000 First Nations and Métis Community Projects grant program will focus this year on locally-developed projects related to issues raised by the National Inquiry into Missing and Murdered Indigenous Women and Girls, the province says.

“This investment is to build upon the efforts of this inquiry by funding Indigenous-led projects to help make this province we share a better place one step at a time,” Minister Responsible for First Nations, Métis and Northern Affairs Lori Carr said in a news release.

Special consideration will be given to applications for initiatives addressing the vulnerabilities within society that lead to risks for inter-personal violence, according to the release.

This will help advance the inquiry’s Call for Justice 15.1, which highlights the importance of denouncing violence against Indigenous women, girls and people of diverse genders and sexual orientations.

The province also marked the one-year anniversary of the inquiry.

“Our government supports and values the meaningful and important work of the national inquiry,” Justice Minister Don Morgan said in the release.

“The inquiry provided a crucial voice to missing and murdered Indigenous women and girls. We owe it to past, present and future generations to work together to prevent violence and ensure safer communities.”