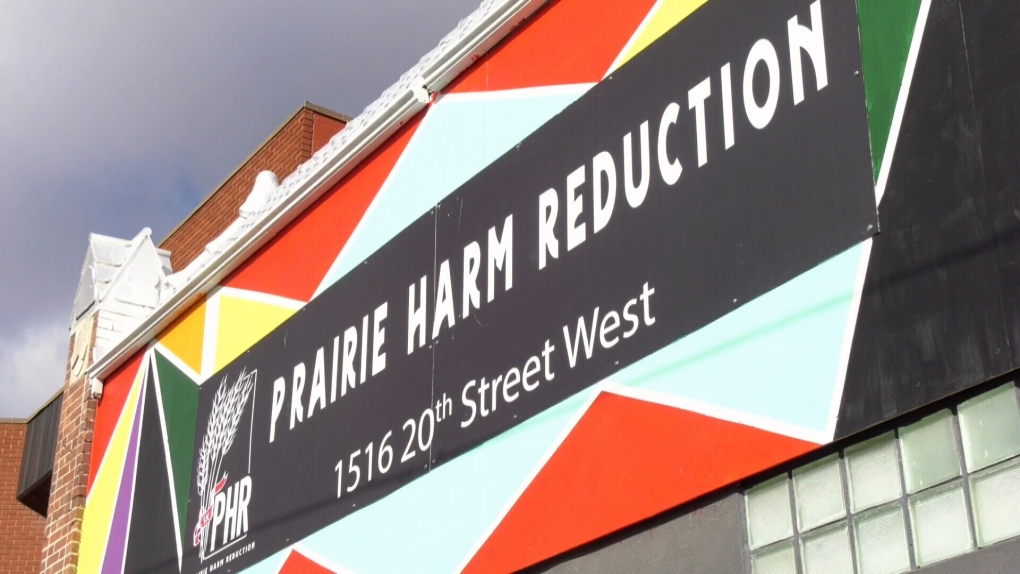 REGINA -- Documents show that Saskatchewan health officials who were considering a proposal for the province's first supervised drug consumption site found such spaces save lives and money without risking public safety.

The information is contained in briefing notes prepared for the deputy minister of health on a request from the site's organizers for $1.4 million a year to help keep it running 24-7. The government decided not to commit any cash.

The partially redacted documents, released to The Canadian Press under freedom-of-information legislation, cover the period from November 2019 to March 2020 when Saskatoon-based Prairie Harm Reduction was setting up the site.

Fundraising in the community allowed the site to open its doors last October, but at reduced hours.

"It's pretty impossible to argue that we don't need them in Saskatchewan," said executive director Jason Mercredi.

The sites are meant to be safe injection or ingestion sites for all drugs, but primarily deal with opioids such as fentanyl.

The document cited data that "shows more than 4,600 reported overdoses have been reversed without a single death" since 2017 at sites across Canada.

It also said the programs can reduce health-care costs by preventing overdoses and reducing infections from drug injection.

Another briefing document pointed to specific concerns raised by some residents about the Saskatoon site. They worried it could result in increased violence and drug use.

"Most current evidence suggests that the presence of a (supervised consumption site) in a community does not result in negative impacts on public safety or public order, particularly when the community is already managing the presence of injection drug use," the document reads.

Jim Reiter, health minister at the time, said the government chose to prioritize money for treatment beds, counselling and other medical support, but suggested the province should at some point revisit the need for a consumption site.

Mercredi said Prairie Harm Reduction serves about 120 people a week, plus many others who visit its drop-in centre, which offers different supports.

The biggest complaint he said he hears is that the site is only open in the daytime during business hours. It is closed on weekends.

"The scariness of our site has kind of gone away," he said.

"People, I think, thought we were going to be this big bad wolf and instead they find out we're a lot of smiles, coffee, a safe place to go."

Mercredi said the opioid crisis has only worsened since the initial funding request, so he hopes the province will reconsider.

The Saskatchewan Coroners Service said 2020 was the deadliest year on record for drug overdoses.

The data shows there were 345 confirmed and suspected drug toxicity deaths, including 12 from suicide. Many of the deaths involved fentanyl or related opioids.

There were 75 deaths in the first two months of this year. "It's palpable now," said Mercredi. "People are much more aware of the overdose crisis 350 folks dying last year -- that's a lot of families. That's a lot of friend circles."

Addictions Minister Everett Hindley said many of the province's overdoses have occurred in Saskatoon and Regina, but added it's not just a city problem.

"How do you best deploy those resources across Saskatchewan to try to get prevention and treatment supports to as many people as you can no matter where you live?" he said.

Hindley said supervised consumption sites are one way to tackle addictions and overdoses, but "there's other options out there."

The province funds different harm reduction programs and is looking to expand access to free naloxone kits, which reverse the effects of an opioid overdose, he said.

"There is a stigma associated with drug use and we're working hard to try and change the conversation," said Hindley.

This report by The Canadian Press was first published April 6, 2021