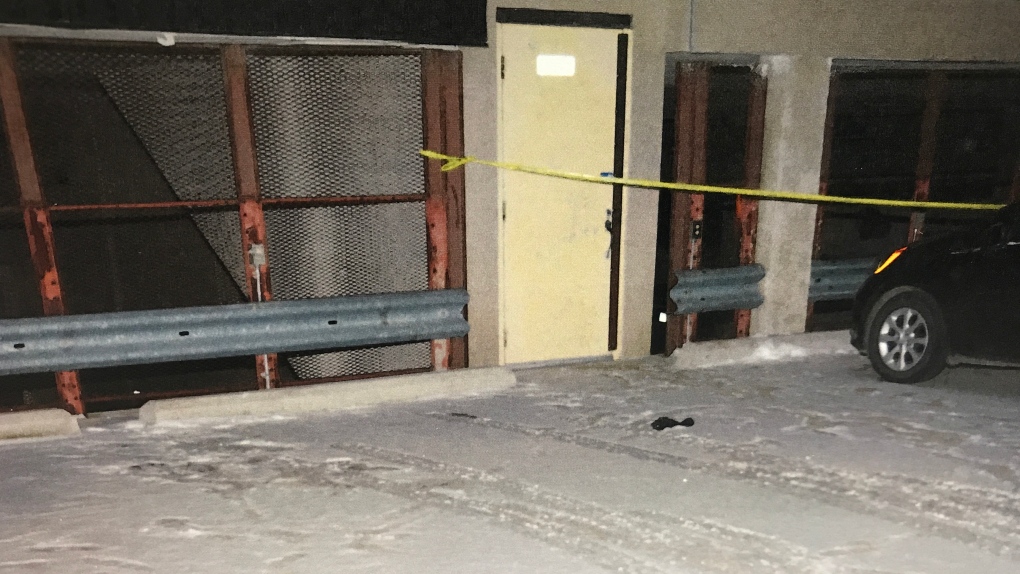 This photo of a manslaughter investigation was submitted as evidence in the trial of Keith Napope.

SASKATOON -- The Saskatchewan Court of Appeal has overturned a robbery conviction for a man accused in a violent home invasion.

In 2017, Keith Napope was found guilty of robbery, but not guilty of manslaughter, in connection to a 2014 home invasion where Jonathon Keenatch-Lafond was stabbed and killed.

A group of masked men had entered Keenatch-Lafond’s apartment in what the Crown called a robbery gone wrong.

Napope testified he never stepped foot in the apartment, but his DNA was found at the scene.

During the trial, the victim's nephew testified he saw Napope's face when he took off his mask and recognized him days later.

However, court heard the nephew originally told police he didn't see any of the men's faces.

Napope appealed the robbery conviction saying the verdict was inconsistent with the acquittal of manslaughter.

The appeal court judge agreed and said the trial judge gave misleading instructions to the Jury.

“A properly instructed jury could not reasonably find Mr. Napope guilty of this patently dangerous robbery – the predicate offence in relation to the charge of unlawful act manslaughter – and not guilty of manslaughter, as he must also have been guilty of that offence. The verdicts are accordingly inconsistent and the conviction is unreasonable.”

The appeal court did not order a new trial.

Napope’s lawyer, Brian Pfefferle, said the Crown has the option to appeal to the Supreme Court of Canada within 60 days.

Pfefferle said Napope has always maintained his innocence and has been working on getting his life back on track.

“Mr. Napope has an excellent attitude toward this, used the time wisely to get on the straight and narrow while in the institution.

“And I fully expect a productive member of society to come out and hopefully we will never have to deal with something like this again for Mr. Napope who has now been vindicated,” Pfefferle said.