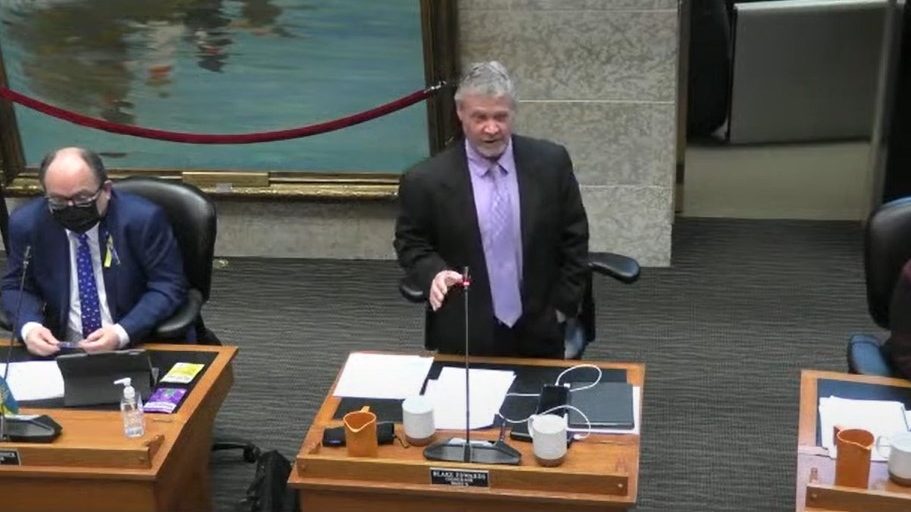 The Chief of Montreal Lake Cree Nation says comments made by a Prince Albert city councillor are “stereotypical” and “thinly-veiled racism.”

“It was very disappointing to read the comments made by Ward 6 Councillor Blake Edwards,” said Chief Joyce Naytowhow-McLeod in an open letter to Prince Albert Mayor Greg Dionne and City Council.

Naytowhow-McLeod said Edwards' comments simplify a complex issue by insinuating that First Nation organizations are either unaware of the challenges their people face in an urban setting or deny it. She maintains that First Nations leaders do neither.

“If Councillor Edwards wants to address the level of crime in Prince Albert, perhaps he should clearly understand the socio-economic dynamics that create an environment of which crime is one consequence."

Edwards spoke out about crime and social problems in a prepared statement he read at a city council meeting on March 28. The comments were published by paNOW on Monday.

He also accused neighbouring communities of banning residents "allowing them instead to come here to Prince Albert to wreak the same havoc they were doing in that community without helping."

"Many families are dropping their own family members off in our city and saying 'Here you go, Prince Albert, you deal with our problem. Well, what solution is that?'"

Edwards told CTV News he stands behind the comments, but claims they were presented in a way that made them seem negative.

“I didn’t make any of those specific quotes at all towards Montreal Lake,” Edwards said.

He says he has since spoken with Naytowhow-McLeod and clarified the comments. He’s planning a local leadership summit to discuss crime and social issues and is asking all levels of government from Prince Albert and the surrounding communities to participate.

“I’m looking forward to having the summit. We need to get together and have these challenging conversations,” Edwards said.

Fourteen children and one teacher were killed in a shooting at a Texas elementary school Tuesday, and the the 18-year-old gunman was dead, Gov. Greg Abbott said. Abbott said a local man opened fire at at Robb Elementary School in Uvalde, about 136 kilometres west of San Antonio.