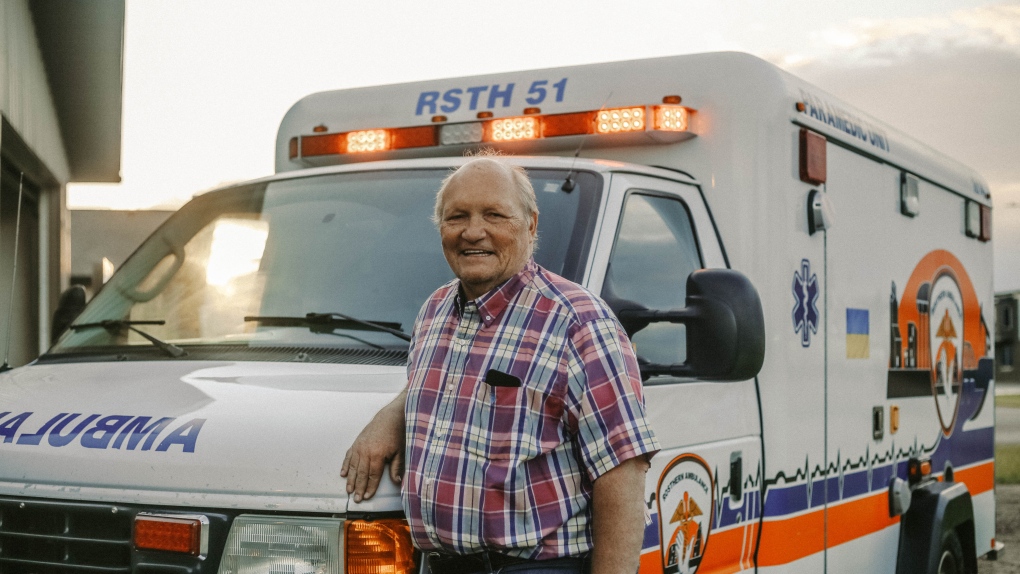 General manager of WPD and Rosthern & district ambulance Walter Dutchak poses in front of the ambulance he donated to Ukraine. (Submitted)

A Saskatchewan company has donated an ambulance to help humanitarian efforts in Ukraine.

“These efforts stemmed from the very first #InternationalParamedicsDay during which, a former WPD Ambulance student, Ukrainian by descent, reached out to the many ambulance services across the province of Saskatchewan asking for support and assistance in sending equipment and support to paramedics intervening in Ukraine,” general manager of WPD and Rosthern & district ambulance Walter Dutchak said in a statement to CTV News.

The ambulance student, Sergey Khartov, said it all began with a social media post.

“I think it all started with a friend of mine who is a volunteer in Ukraine right now, she made that post on Facebook, that she's looking for ambulances to help one of the local hospitals that's been accepting the wounded military and civilians,” Khartov said.

From there it turned into a province-wide email asking for help, he said. 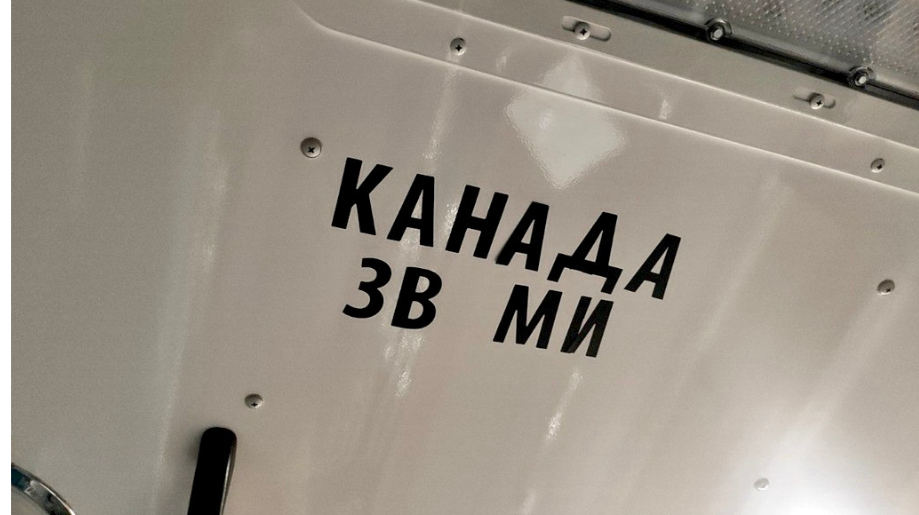 A message in Ukrainian was written on the ambulance, which translates as "Canada is with us." (Submitted)

“I honestly thought it would be a long shot, considering the most common requirements associated with ambulances across the province.”

Within two weeks he started getting offers of help, from a donation of an ambulance to an offer of free transportation overseas.

Jan Martin, owner of Select Classic Carriers, offered to transport the ambulance on the first leg of the journey.

“They actually sent an ambulance all the way from North Battleford to the shipping center in Toronto at no cost,” he said.

The Ukrainian National Federation of Canada - Saskatoon Branch funded the journey from Toronto to Poland. From there it was picked up by the Ukrainian Territorial Defence Forces and driven to Ukraine.

Khartov said it took five months to organize and the vehicle arrived in Ukraine at the beginning of August.

He said he moved to Saskatchewan with his family in 2007.

“When everything happened in Ukraine, earlier this year, it really hit close home for me. So I was kind of looking for ways to contribute in any way possible for my people. So I think it was one of those ways for me to give back and I think, for all the people that were also involved in this process, it was an opportunity like that for them as well.”