Sask. AI x-ray project first of its kind in Canada

Sask. AI x-ray project first of its kind in Canada 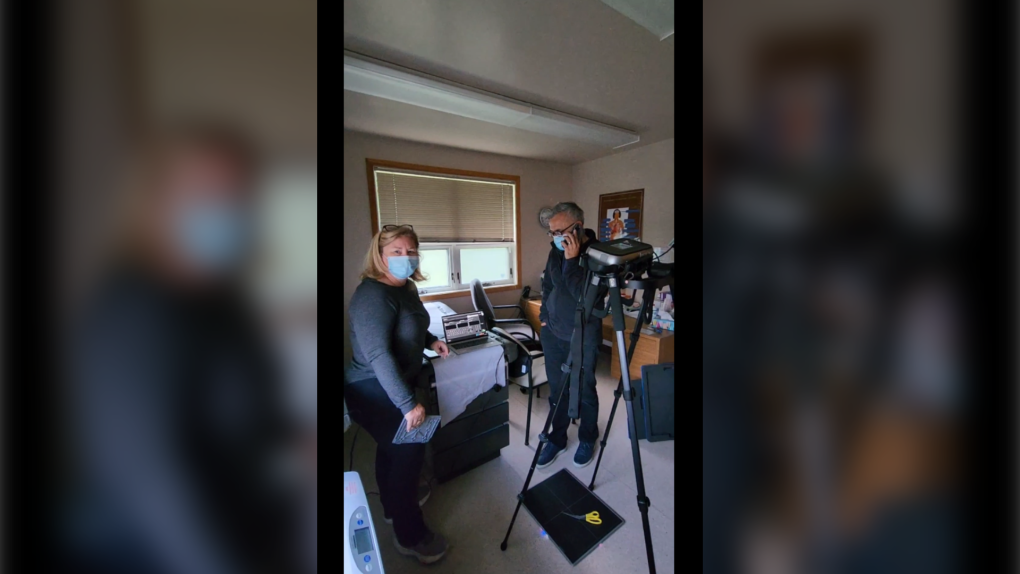 An artificial intelligence (AI) project is expanding healthcare for remote communities in Saskatchewan.

“A lot of these communities have never had x-ray, you know, patients travelled eight or 10 hours for x-ray, and most don't travel,” he told CTV News.

Preventative health manager for the area, Genevieve St. Denis said it was exciting for the community.

“Now that we have these portable x-rays in our communities, with this artificial intelligence platform, we're able to provide instant diagnosis and interventions to our First Nations population and these isolated communities.”

“I started thinking about artificial intelligence and its impact that it could have on health care, particularly as a image-based specialist, right, I wanted to see how effective computer vision could be in analyzing the problems that I see on a daily basis, and built the first set of algorithms back then, and you know, it was pretty impressive.”

He started to pursue the idea more in Calgary and then moved overseas to Qatar.

“While I was there, I did a bunch more work in machine learning. And then moved back to Canada,” he said.

He started talks with the then-CEO of the Saskatchewan Health Authority Scott Livingston.

“We validated it in Saskatchewan, with 28 doctors. And then we went and got Health Canada approval right in the middle of COVID,” Kaura said. “It was the first AI algorithm, and radiology ever approved by Health Canada.”

He said they reached out to Fuji to build the machines and found a way to put x-ray images up into a cloud so it can be accessed by technicians.

“AI algorithm does a lot this in like, a few seconds, and sends the analysis back to the nurse practitioner or to the doctor at the frontline of care,” Karua said.

“We're able to provide right on-site clinical diagnostic services to our First Nations members who live in isolated communities,” St. Denis said. “So right on reserve, in primary care clinics, we can provide that service rather than having to send the patient out and to drive sometimes six, eight hours to a place like a hospital to receive that x-ray. We can do that day.”

Kaura said they hope to expand the project to other communities, including Onion Lake.

“We think that the future is pretty remarkable because this is just the beginning of all the machine learning work that we're doing with Synthesis right now.”

CTV News has learned Prime Minister Justin Trudeau will be called to testify about his government’s decision to invoke the Emergencies Act in response to anti-mandate Freedom Convoy protests in February.

LIVE | Following live: Quebec Election 2022 coverage and live results as they come in

After 36 days, the Quebec election campaign is now over and voters are heading to the polls Monday to choose the next provincial government. Follow along as CTV Montreal provides coverage of election day and the results when they come in.

Appearing before the House of Commons Finance Committee on Monday, Deputy Prime Minister and Finance Minister Chrystia Freeland defended the government's response to Canadians' affordability concerns as 'focused' and fiscally responsible. With the passage of the GST rebate-boosting bill through the House all but a foregone conclusion, Freeland was peppered with questions from opposition MPs on a range of topics, including inflation.

Toys 'R' Us has released a list of the top toys of 2022 ahead of the holiday season.

A new project called '4000 Cover Stories' is re-imagining the stories of missing and murdered Indigenous women and girls in Canada with the front-page prominence their families feel they deserve, with advocates planning to deliver the massive newspaper to the prime minister.

Ukraine claws back more territory Russia is trying to absorb

RCMP seeing 'significant increase' in fraudulent activity in Canada since 2020

Citing a 'significant increase' in fraudulent activity in Canada in the last two years— the majority of which in the last year has been happening online—the RCMP is calling on Canadians to be aware of scammers' tactics.