'Round to the nearest five': Trudeau questioned about number of times he's worn blackface at town hall in Saskatoon 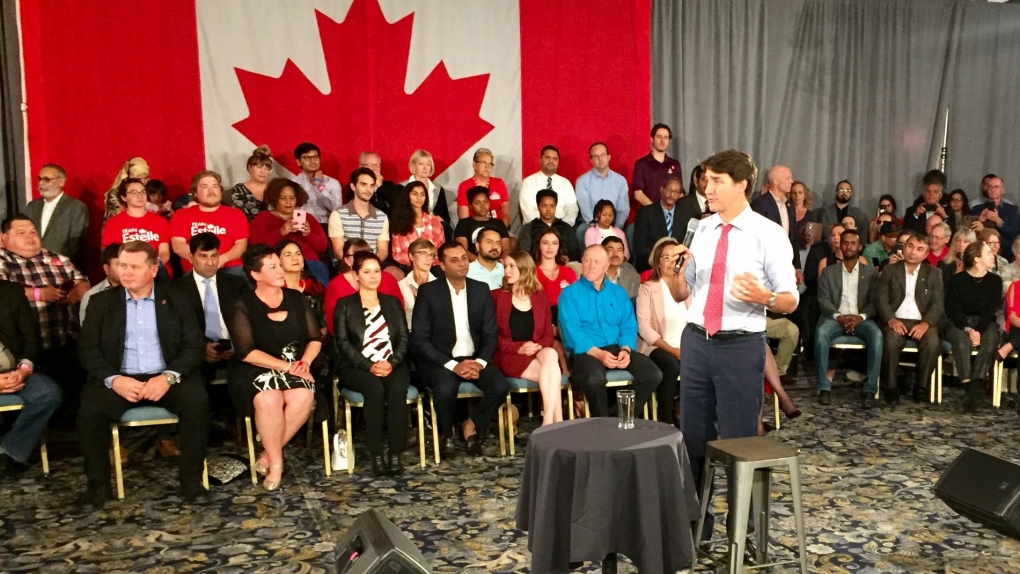 About 24 hours since photos of Justin Trudeau wearing blackface and brownface surfaced, Trudeau took questions from the public in a town hall meeting in Saskatoon.

A man in the audience, at the Bessborough, grilled the prime minister about the amount of times he’s painted his skin.

“I'll make it easy. Is it possible to round to the nearest five?” he asked, laughing.

Trudeau responded with another apology.

“I’m not going to make light of the situation. I don’t think it’s something we should be making light of,” Trudeau said.

“What I did was inexcusable and wrong, and hurt a lot of people who considered me to be an ally.”

Following his answer, another member of the audience told Trudeau, “Please do not apologize … let’s not go back digging up bones from 15 years. What are we doing now and in the present.”

Hours before the town hall in Saskatoon, Trudeau was asked in Winnipeg if more photos or videos would emerge.

Trudeau said he was “wary of being definitive,” because he “had not remembered” every instance that has surfaced.

On Wednesday, TIME Magazine published a photo of Trudeau, at 29-years-old, wearing dark makeup on his face, neck and hands.

TIME reported the photo was from a 2000-2001 yearbook of a private school in Vancouver, where Trudeau was teaching at the time.

The picture was taken at the school’s annual dinner, which had an “Arabian Nights” theme, and Trudeau acknowledged he dressed as Aladdin.

Trudeau also admitted he also “dressed up at a talent show and sang Day-O with makeup on,” while he was in high school. CTV News obtained an image of that high school performance.

On Thursday morning the Liberal campaign confirmed there was also a video from the early 1990s showing Trudeau wearing blackface.

The Liberal party hasn’t had a seat in Saskatoon for more than 20 years. The stop in Saskatoon was originally planned to be a Liberal rally, but turned into a town hall meeting hours before the event.

A small group of protesters supporting pipelines stood outside.

The next stop on the Liberal campaign trail is Toronto.