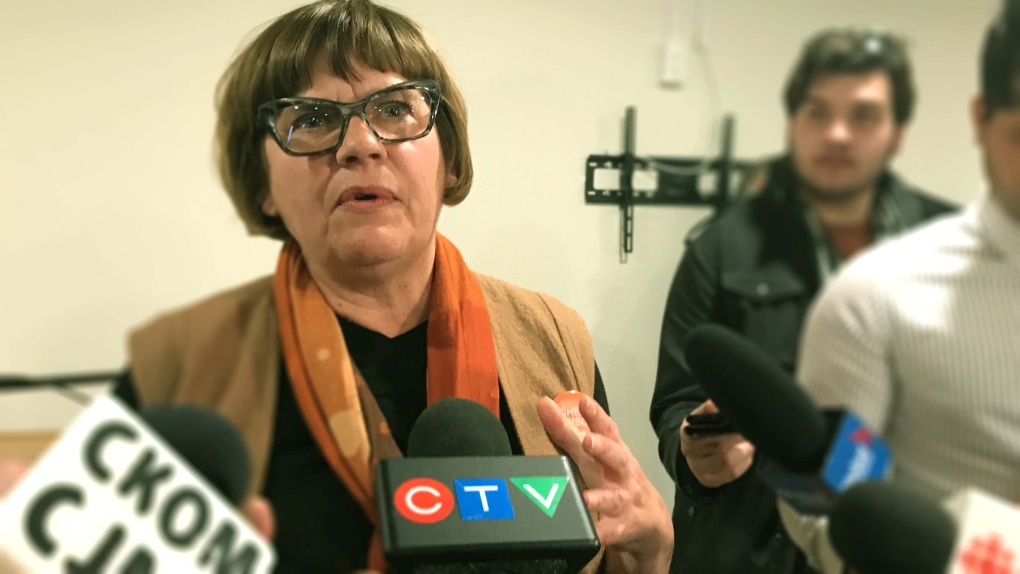 Sheri Benson speaks to reporters after her election night loss.

SASKATOON -- It was a Conservative sweep through Saskatchewan, with the party taking all 14 ridings in the province, including three in Saskatoon.

Incumbent NDP candidate Sheri Benson, who was defending her seat in the riding of Saskatoon West, said it was a “rough night” as she watched election results trickle in.

Conservative challenger Brad Redekopp won Saskatoon West riding with 48.2 per cent of votes. Benson trailed behind with 40 per cent.

“Of course it wasn’t the result we wanted. I certainly wanted to go back to parliament,” Benson said. “I think I had a lot more to do.”

Benson told media she called Redekopp to congratulate him after learning the results.

“I encouraged him to continue the great work, helping people in my community and he said he would do that.” 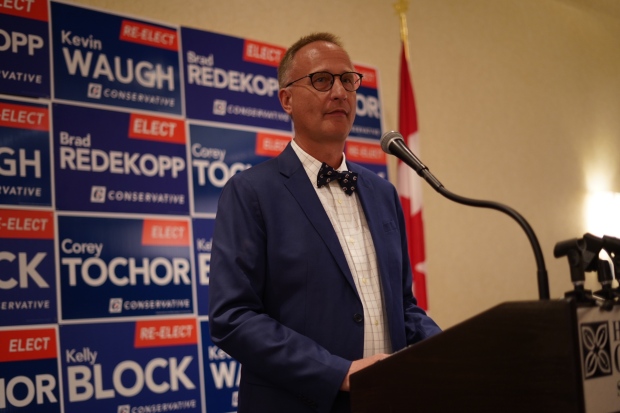 The Saskatoon West riding was one of only two ridings in Saskatchewan held by the NDP.

The other, the northern riding of Desnethé-Missinippi-Churchill River, also flipped to the Conservatives Monday night.

NDP candidates Claire Card and Erika Ritchie weren’t able to match Benson’s percentage of votes, but they were the second-most preferred candidates in their ridings.

With 172 out of 173 polling stations reporting, Ritchie pulled in 25.4 percent of votes in Saskatoon-Grasswood according to CTV Decision Desk projections. Conservative incumbent Kevin Waugh won the riding with a commanding 53.7 percent of votes.

“I took the nomination only just in August and since that time we were able to put together a strong campaign,” Ritchie said during the NDP’s election night gathering at the Masonic Temple.

It was a similar story for Claire Card, who ran for the NDP in Saskatoon-University.

Card posted a second-place finish with 29.7 per cent of the vote, but Conservative Cory Tochor was the clear favourite in the riding pulling in 52.3 per cent of votes.

When asked where she will go from here and if she will run in the 2020 provincial election, Card said she would start by “taking tomorrow off.”