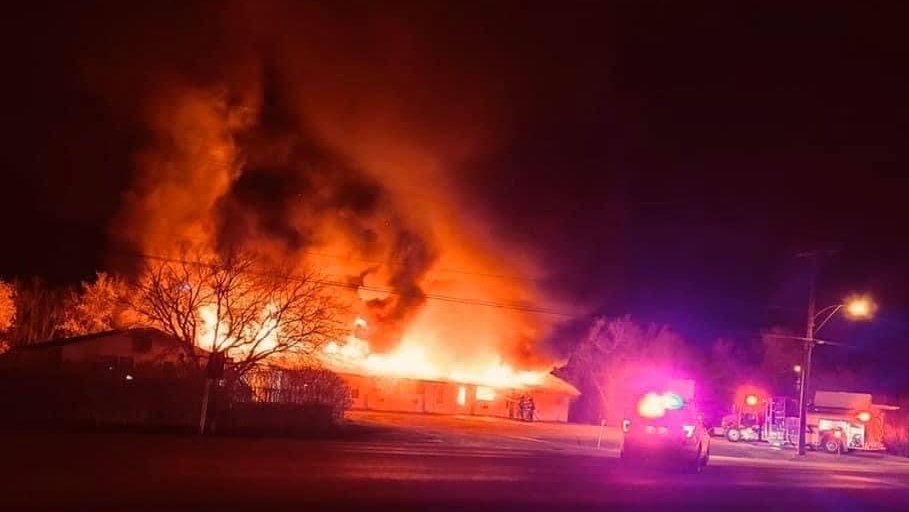 SASKATOON -- The motel in Rosthern has burned down.

Members of Rosthern Fire and Rescue were called to the scene around 2 a.m. Wednesday, according to a Facebook post by the fire department.

Photos posted to the fire department’s Facebook page show the motel was engulfed in flames, leaving behind heavy damage.

“When we arrived, the centre section was fully burning but within a few minutes, it was coming through the roof, all the way across. Then it spread from there,” said Fire Chief Darcy Hrycuik.

He said the fire was brought under control in about two hours.

The people who stayed at the motel will now have to find another place to live as the structure is no longer safe, according to Hrycuik.

He said it will be a loss for the community as it is the only motel in the area.

No injuries have been reported and no cause or damage estimate has been released.

Rosthern Fire and Rescue is asking people to stay away from the area as it is not safe and is still under investigation by RCMP.