Riversdale could be home to downtown arena or convention centre, city report says 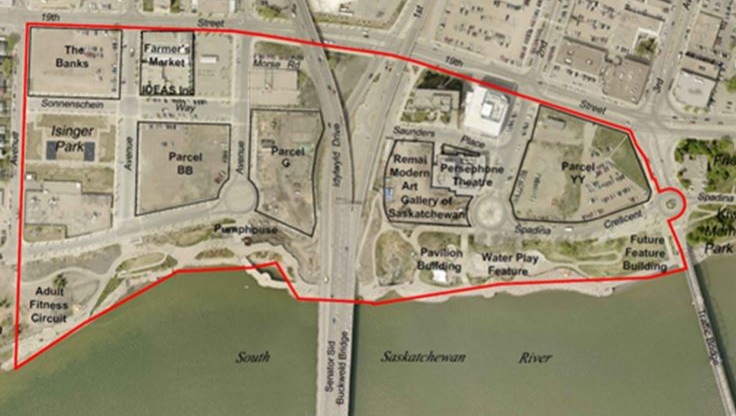 A tract of land downtown referred to as Parcel G could be the site of a new arena or convention centre.

Riversdale has been identified as a possible location for a new arena and convention centre.

A city report on development at River Landing says a parcel of land, which was approved for sale last year, will now stay off the market because it’s one of a number of potential sites for a facility within a planned entertainment district downtown.

The piece of land is located near the river, west of Idylwyld Drive and south of 19th street.

“Upon completion of the engagement and reporting process for the Downtown Entertainment District, Saskatoon Land will then be in a position to either release the River Landing site for sale, or formally announce that the development site will not be released,” the report says.

In September, city staff revealed that a process was underway to secure pricing agreements with the owners of other possible sites before revealing the locations publicly, possibly boosting their value in the process.

Once the agreements are in place and city staff finish studying the locations, the options will be presented to the public for feedback during a series of open houses.