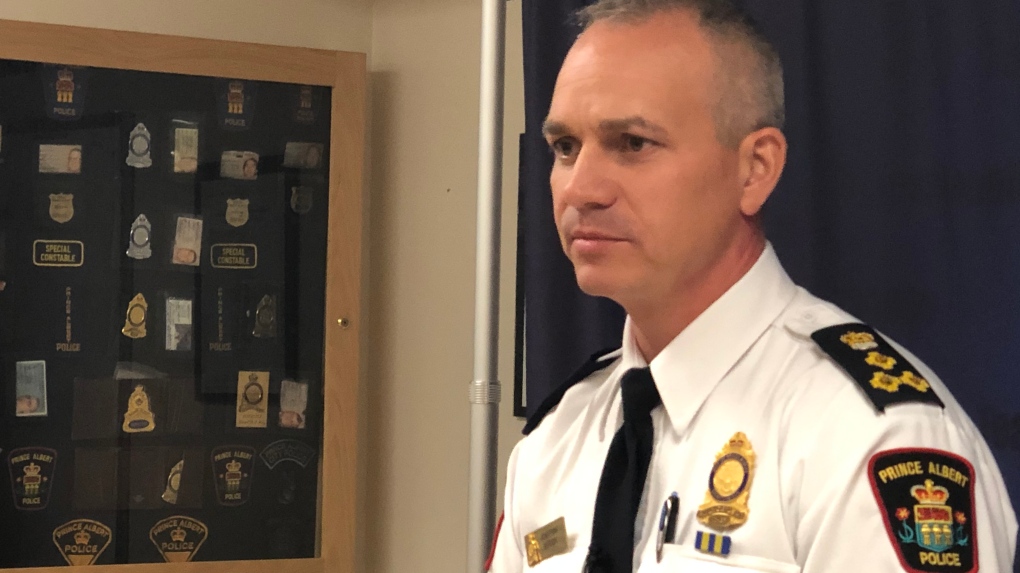 SASKATOON -- Crimes involving drugs, violence and weapons are on the rise, according to Prince Albert Police Service crime statistics.

Chief Jonathan Bergen said violent crime has increased in the past year, as in other communities around the province. Homicides and attempted murder charges both went up from two, in 2018, to six in 2019 in the city.

“To deal with six homicides is unusually high for Prince Albert,” said Bergen. “It’s absolutely challenged our resources and also I think left the community asking, ‘how safe are we?’”

Bergen said charges for possession of stolen property rose by 86 per cent, from 88 charges in 2018 to 166 charges in 2019, due to a special task force focused on break ins. Property crime then stabilized and remained lower than the five year average, he said.

Arson jumped 30 per cent, from 23 charges to 30 charges in 2019. Robbery is up by 24 per cent. To combat crimes of opportunity like robbery, Bergen said to be alert and aware of your surroundings and avoid walking alone.

“Avoid places that are more secluded at different times of day. We looked at when the robberies occurred and the later evening is definitely a time of common opportunity.”

PAPS officers attended more than 37,000 calls for service last year, a volume typical of centre with a population of 100,000. Prince Albert has a population estimated at 36,000 and a metro population of 43,000.

Bergen said PAPS has been responsible with their resources.

“I’m proud of the response from our resources and from our members. Our entire policing team continues to do their jobs with dedication and commitment despite these challenging conditions.”

PAPS continues to respond with calls for mental health issues and addiction, which Bergen calls “issues that have more to do with poverty then crime."