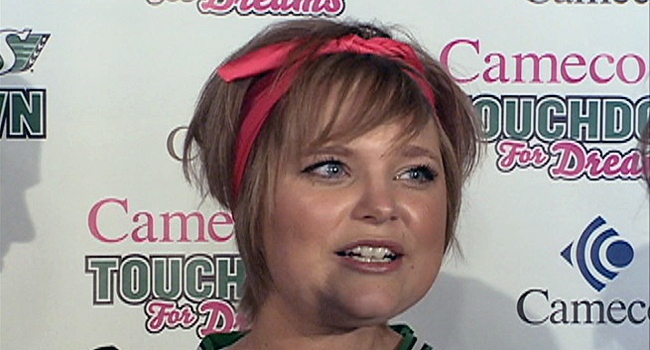 A new program aims to help women across the province fight cancer - and it's getting help from the Saskatchewan Roughriders.

Together with Cameco, the Riders have launched the Touchdown for Dreams, a three-year program that will fundraise to help women with early cancer detection.

Rider Head Coach Cory Chamblin says the team is excited to be a part of the new initiative. "We think that we're tough and we do all those things, but that's not tough. This is tough, and this is a true fight. And to be able to stand here, you know she's talking about being in remission not being in remission, that's the true heart of a fighter. We're just football, but it means a lot to us to stand behind someone that wants to fight."

An annual spring gala will raise money for a mobile unit to travel to northern communities to test women for cancer and provide prevention education.

The first gala is Thursday night at the Bessborough Hotel. The sold-out show includes a performance from Jim Cuddy of Blue Rodeo.

Part of the fundraising will be used to grant dreams to women dealing with cancer. The first recipient is Megan Wells, a 27-year-old Dundurn mother with stage four oral cancer. Her dream is to make her house more accessible.

Wells spent her daughter's first birthday in the hospital. "My dream for my daughter was to celebrate at home with her family and friends, and this year, I'll be able to do that, in a new yard, with a new kitchen."

After being nominated for the Touchdown for Dreams program, Wells says she is elated to have her dream granted.

"My year this year is looking a lot different than my last, so I'm very humbled by everything."