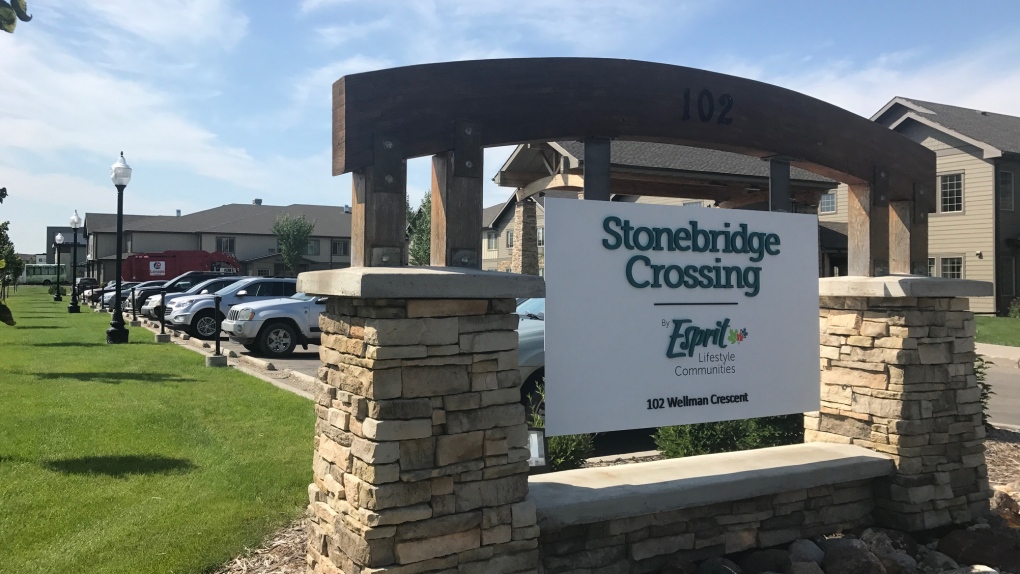 Stonebridge Crossing told CTV News it is “deeply upset” the incident happened to members of its retirement community.

Family members of residents living at a Saskatoon long-term care facility say they are still trying to wrap their heads around an alleged sexual assault of two residents.

“Wow, is what I thought. I wouldn’t expect that from a place like this,” said Anastasia Hardy, a care-home visitor.

Hardy was at Stonebridge Crossing Retirement Community visiting her mother-in-law who is 101 years old.

Hardy wanted to check in, in person, to see how she was doing.

“She has hearing problems and so sometimes on the phone it’s not great to talk to her,” she said.

Hardy's concerns come after police say two residents were found in a bathroom at the care home with a man exposing himself. The incident happened in March and the victims, both women, are aged 78 and 86.

“We have received information from members of the public in regard to other allegations and are investigating,” Alyson Edwards said.

Stonebridge Crossing told CTV News it is “deeply upset” the incident happened to members of its retirement community.

A spokesperson called the safety and happiness of its residents its number one priority.

As a result of the situation, Stonebridge said it has tightened security into the building and will continue its routine checks to ensure residents are safe. One visitor said she’s satisfied with the care her loved-one is getting and wouldn’t want to see security overly clamp down.

“I’d hate to see them locked down, so nobody can get in and out easily. I think it gives them their dignity and freedom,” said Jackie Millich, a care home visitor.

As for the accused, Richardson has also been charged with breaching probation and is scheduled to appear in court on August 13.