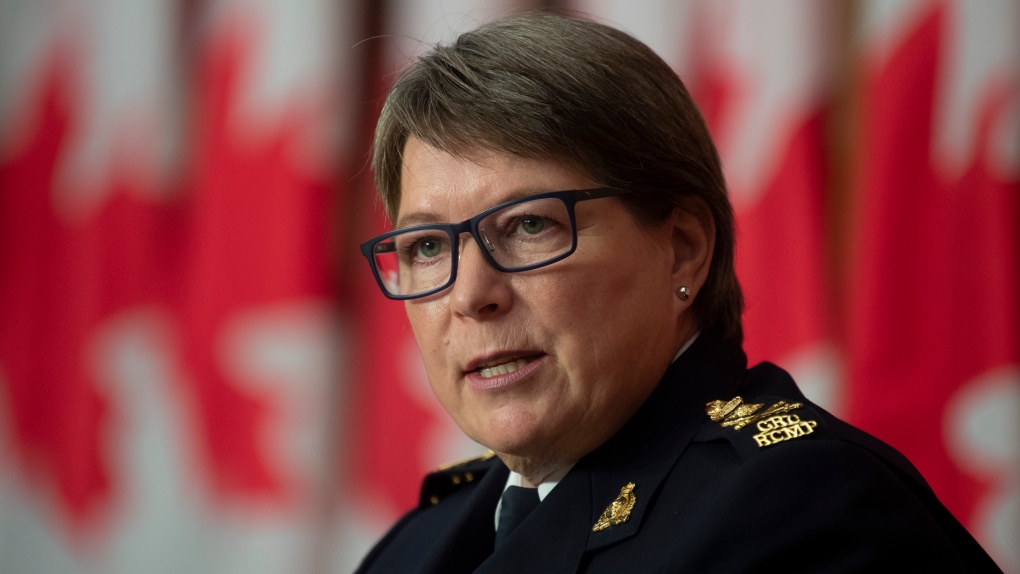 SASKATOON -- RCMP Commissioner Brenda Lucki says it will take "a lot of hard work" to address systemic racism in the force given the police union's response to a report on the treatment of Colten Boushie's family.

A recent report by the Civilian Review Complaints Commission (CRCC) found the RCMP discriminated against Boushie's family "because they are Indigenous," and that the "RCMP fueled racial tensions in the wake of Colten's death."

Boushie, an Indigenous man, was shot and killed in an SUV on Gerald Stanley’s farm near Biggar in August 2016. Stanley was acquitted.

The union, the National Police Federation (NPF), slammed the RCMP for its decision to accept the CRCC recommendations, calling into question the methodology of the watchdog itself.

"It's a brand-new union, recently started. A lot of work (ahead) with the relationship with the union, obviously. but you know it's about the leadership, and it's about providing a sort of start-to-finish - so making sure that when we go to our recruitment, that we are bringing in the right people."

Lucki made the comments Wednesday at a meeting of the Standing Committee on Public Safety and National Security.

She was responding to a question by Pam Damoff, the Liberal MP for Oakville North—Burlington and Parliamentary Secretary to the Minister of Indigenous Services.

"No one is saying individual members are racist. But we are saying there's systemic racism in the organization, and quite frankly the officers who treated (Colten Boushie's mother) Debbie Baptiste, the way they did this, they were racist towards her."

Responding to the report on Monday, Baptiste encouraged others facing discrimination to keep fighting.

“I did not deserve to be treated the way I was treated and the RCMP to clear themselves of wrongdoing shows the injustice that continues and that needs to change,” Baptiste said.

The CRCC is an independent agency that examines the conduct of the RCMP. The RCMP says it is on track to meet all 17 of the report's recommendations by April 1.

Lucki told Damoff that the RCMP has recently included implicit bias tests in its recruitment strategy, and is reviewing training at Depot, including cultural exercises to bring in the right people and continuing to train people through their careers.