Residents say supervised injection site is too close to schools 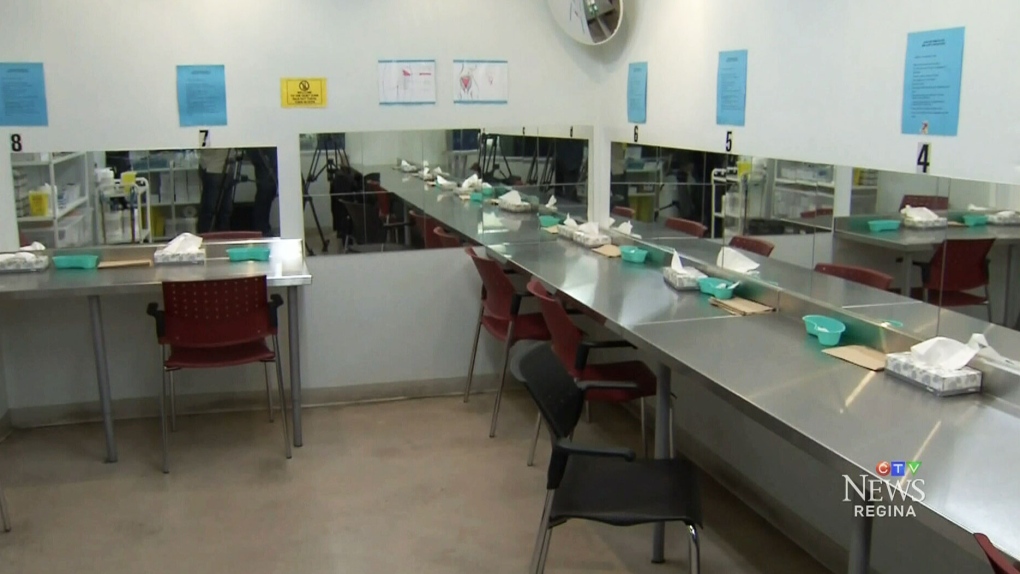 A Saskatoon woman is concerned with the location of a proposed supervised injection site, saying it should not be near an elementary school.

AIDS Saskatoon wants to open the facility near St. Paul’s Hospital, just over a block away from St. Mary's Wellness and Education Centre. At a consultation meeting Monday night, some residents expressed concerns about safety, crime and the impact on parents and students the site could have.

"We have mothers walking their children to St. Mary's or Pleasant Hill. We have families moving. We have seniors in the area," Isbister said.

AIDS Saskatoon, which calls the proposed facility a "safe consumption site", says drug use can be seen in parks, public washrooms and other public areas. The aim is to improve safety, and to take the drugs out of those public areas.

No one from Greater Saskatoon Catholic Schools was available for comment.

When asked if St. Mary's has been consulted, Mercredi said AIDS Saskatoon has informed the principal of their plans and more discussions are ahead.

"We met with them and we met with the principal and told them what we're doing and their organization will respond how they need too,” Mercredi said.

Of the locations considered, AIDS Saskatoon says the one near St. Paul’s hospital was the most ideal. But it doesn't sit well with some in the community.

"To have an alcohol and drug free lifestyle for all of our families and the things we have planned for the future, yes I think another site could have been found," Isbister said.

"We already know the population of injection drug users is accessing, and we already know they are using in places like the park. Even on the railroad tracks which can be seen from the school,” Mercredi said.

Some say the consultation process, conducted by AIDS Saskatoon, has been inadequate. The organization did not advertise open houses on their website, Twitter or Facebook page. As well, the open houses were only open to Pleasant Hill residents, who had to register. AIDS Saskatoon said they did door knock at hundreds of residences, and put leaflets in mail boxes and hung up posters in the community. The Pleasant Hill Community Association posted open house information on their Facebook page.

AIDS Saskatoon said they are moving forward with plans to submit their application for the site in April. To open, it needs approval from Health Canada.