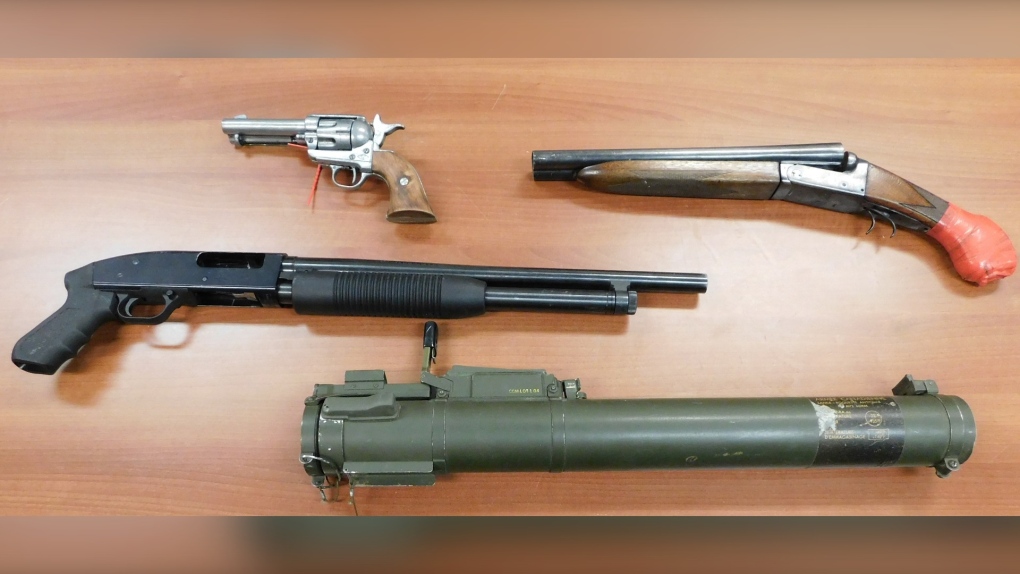 A "spent anti-tank weapon" was among the items RCMP say were seized during a drug investigation.

SASKATOON -- RCMP say an "anti-tank" weapon was among the items found during a search of a rural property north of Biggar, Sask. that yielded a large quantity of drugs ⁠— but also left an officer injured.

On the morning of May 15, as officers were preparing to execute a search warrant, shots were fired in their direction and one officer sustained a  non-life threatening gunshot injury,  RCMP said last week.

The officer was treated on-scene and required no further treatment.

In the course of the search, which was conducted in the R.M. of Glenside as part of a drug trafficking investigation, RCMP say a kilogram of methamphetamine was found along with over 444 grams of Fentanyl, 500 Xanax pills, 400 tabs of LSD and over three litres of GHB.

RCMP say the amount of Fentanyl seized is enough for 4,400 doses. 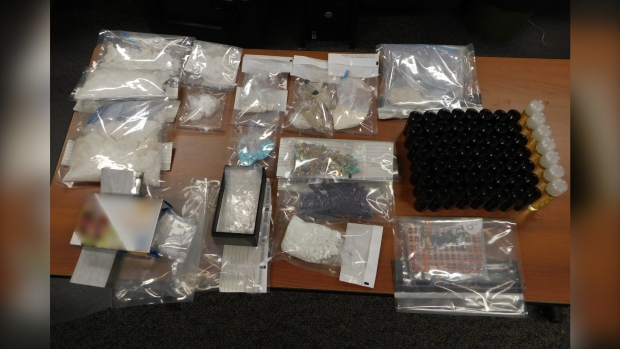 During the search police also found over $16,000, two money counters along with scales and packaging for drugs, Saskatchewan RCMP said in a news release.

The anti-tank weapon was not in a functional state, according to RCMP.

While the discovery of the military-grade device is an eye-catching detail, Sgt. Jason Kerr, who is part of the Saskatchewan RCMP Federal Serious and Organized Crime unit said the Fentanyl seized during the search is what stands out for him.

"I think it's significant, especially in terms of the dangerous drugs seized. The public is aware that Fentanyl overdoses have been occurring for the past few years and may be on the rise here so to essentially take what amounts to over 4,400 doses of Fentanyl off the street is a very significant thing, Kerr said in a phone interview Tuesday morning.

The RCMP officer injured in the raid is doing well, Kerr said.

"One of the members was injured after some shots were fired and I'm happy to report that's okay now." 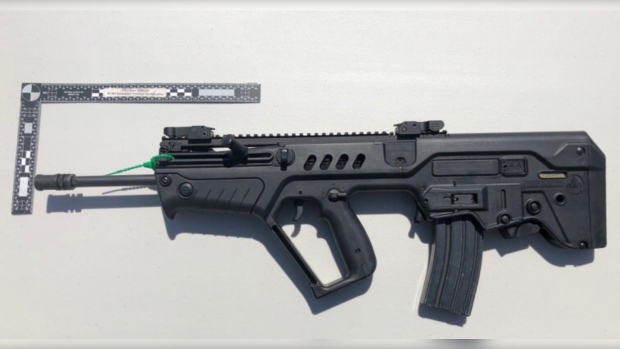 Four arrests have been made in connection with the investigation.

RCMP arrested 49-year-old Mitch Hutchinson of Glenside during the search of the property. He's facing charges for drug-related offences and 18 firearm-related charges.

Another Glenside man, 39-year-old Kurt Elliot Miller, was arrested by the Regina Police Service (RPS) after a traffic stop.

According to RCMP, Miller faces drug and weapons charges in relation to the RPS traffic stop along with a breach of probation charge.

Also Miller faces a number of drug-related charges in connection with the RCMP search.

RCMP also took a female into custody during the search, but she was released and is not facing any charges.

Hutchison and Miller were expected to appear in provincial court in Regina on Tuesday.

The pair, both of Regina, face drug-trafficking and weapon-related charges.

Harkness-Brown faces an additional breach of undertaking charge and Saint is charged with breach of probation.