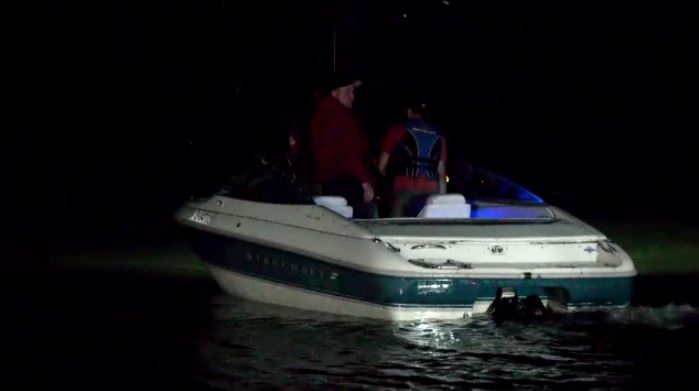 Search and rescue crews were at Black Strap Lake on the weekend searching for a man who went missing while riding a Jet Ski.

The search for a missing 36-year-old jet-skier along Black Strap Lake is over as Mounties recovered a body along the lake south of Saskatoon Wednesday afternoon.

The discovery comes hours after RCMP from Saskatchewan and Manitoba released a statement saying they believed the man they were searching for since Saturday night, drowned in the lake.

Mounties say the Saskatchewan and Manitoba RCMP Underwater Recovery Team completed its search of the lake looking for the missing man Tuesday night, and the search turned up nothing. Saskatoon RCMP said the investigation into the man's death is ongoing with the assistance of the Saskatchewan Coroner's Office.

Saskatoon RCMP continued patrolling the north shore of Black Strap Lake and that's when the body turned up.