RCMP on the lookout for man involved in two central Sask. armed robberies 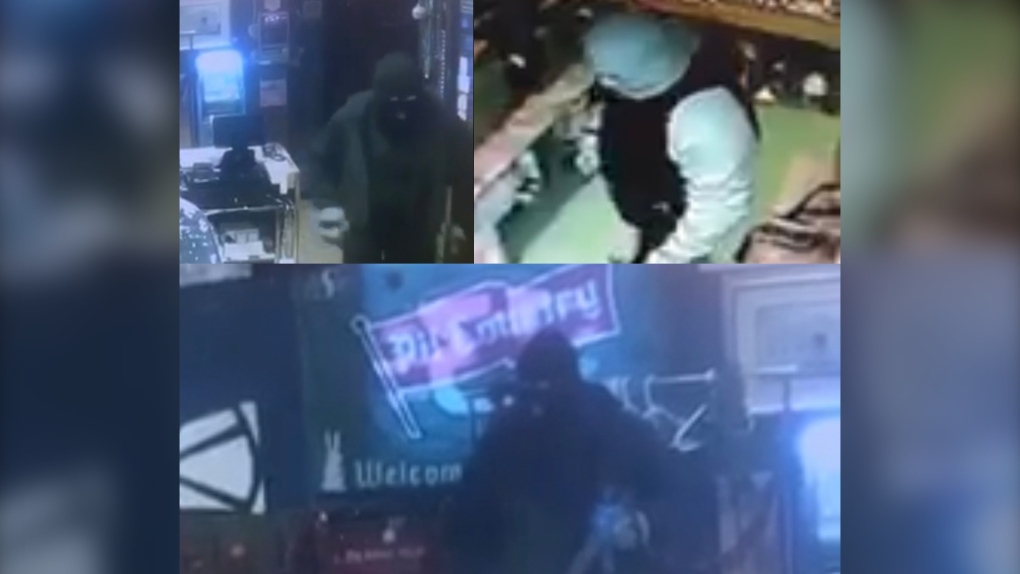 Police are on the lookout for a suspect man after robberies in Marsden and Radisson on January 17, 2020. (Photos Supplied by: Saskatchewan RCMP)

SASKATOON -- Saskatchewan RCMP is searching for a suspect after hotels were robbed in Radisson and Marsden.

On Friday January 17 around 3:30 p.m., officers received a report regarding an armed robbery at a hotel in the 300 block of Albert St. in Radisson.

Hours later at 6:40 p.m., officers received a report of a second armed robbery at another hotel located along 11 Railway Ave. E. in Marsden.

The man is described as approximately six feet tall, weighing around 240 to 250 pounds with a heavy build, a black goatee, and darker skin complexion.

Based on surveillance footage R.C.M.P believe the man is left handed.

Anyone with information is being asked to contact R.C.M.P by calling 310-RCMP or contact your local police detachment.