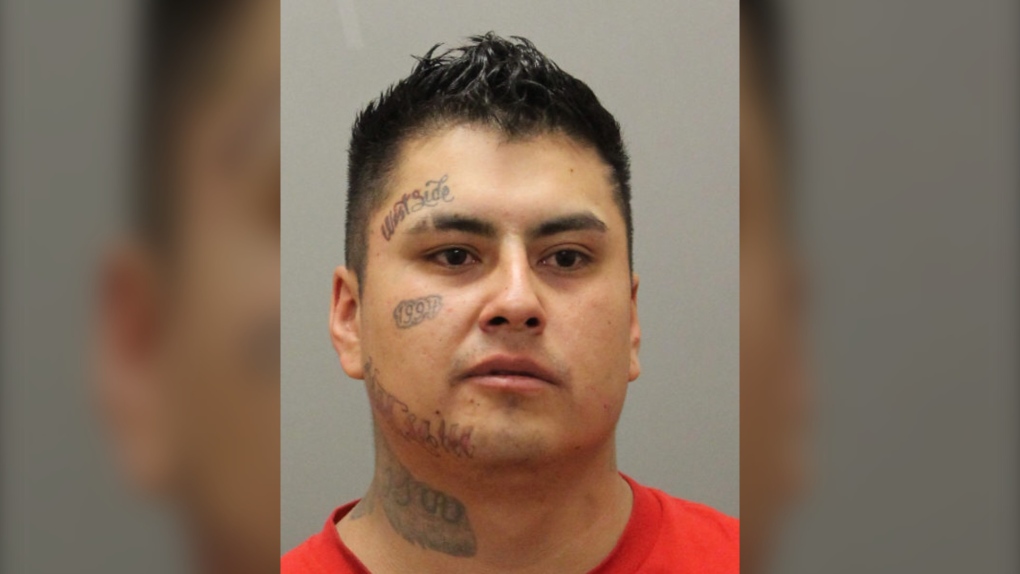 Swiftwolfe has been evading police since North Battleford RCMP charged him for breaching his probation conditions on April 18, RCMP say.

North Battleford RCMP are concerned for the safety of the residents of Moosomin First Nation while he remains at large.

Swiftwolfe is described as five-foot-eight and 180 with short black hair and brown eyes. He has words tattooed on the right side of his face and neck: “Westside” above his eye, “1994” on his cheek and longer words on his jaw and neck.

He is known to frequent the Moosomin First Nation and North Battleford areas in Saskatchewan.

Swiftwolfe is considered armed and dangerous, police say. If you see him, do not approach him, and call 911 or your local police immediately.