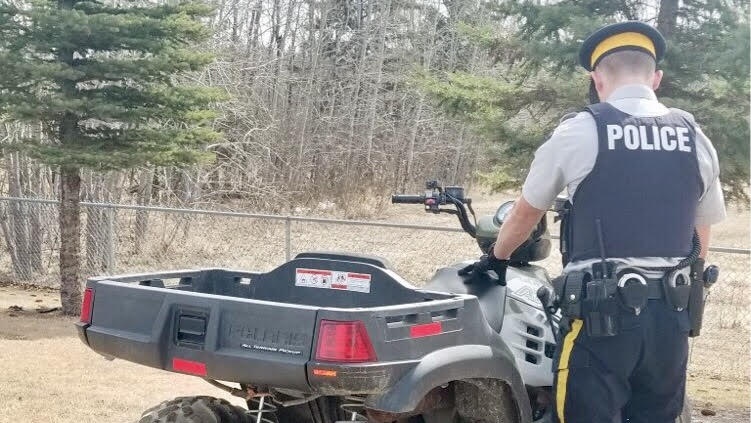 RCMP arrested and charged a man for driving a stolen quad while impaired on Monday afternoon in Big River, Sask.

At around 2:40 p.m., an officer saw someone driving an ATV on the streets of Big River. RCMP stopped the driver near Highway 55 and arrested a 24-year-old man for driving impaired.

Upon further investigation, officers found the ATV had been reported stolen and was towed by police.

The Big River man was charged with impaired operation of a vehicle, operating a vehicle while exceeding .08, possession of property obtained by crime and driving while disqualified.

The 24-year-old is set to appear in Shellbrook Provincial Court on June 12.