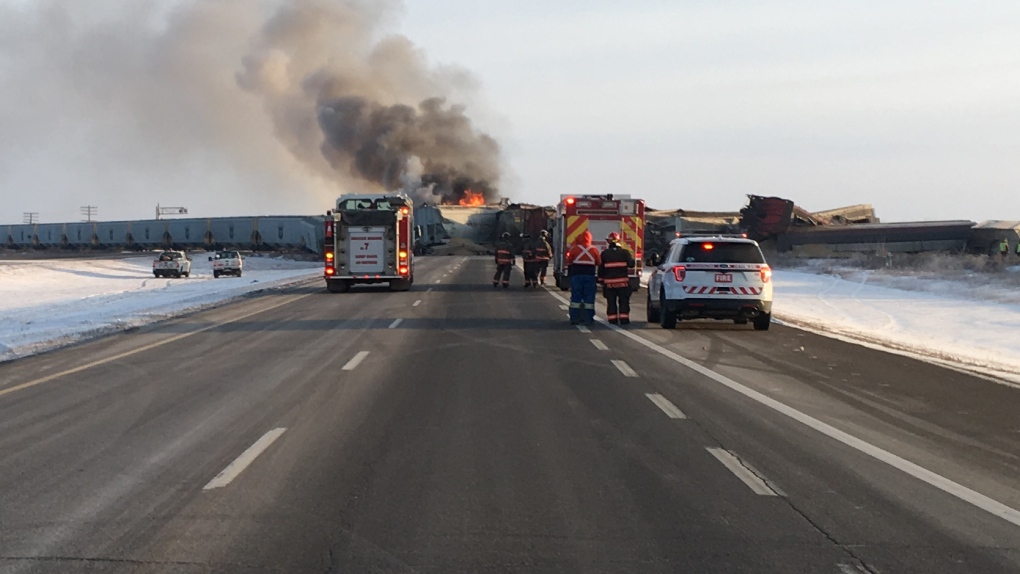 SASKATOON -- A train derailment  last winter north of Saskatoon was caused in part by a piece of rail manufactured in 1953, according to an investigation report released Thursday by the Transportation Safety Board of Canada.

It happened at the intersection of Highway 11 and Wanuskewin Road near Warman on January 22, 2019. Thirty rail cars full of grain derailed and were leaking fuel. No dangerous goods were involved and no injuries were reported.

The investigation found that the rail head was missing at a joint between two pieces of rail, leaving a gap in the rail surface.

As the head-end of the train travelled over the gap in the rail, the impact from the wheels further damaged the rail until it failed under the 27th car, resulting in the derailment, according to the report.

The piece from 1953 was part of a repair done on the track before the derailment, the report said.

Although it was tested, manufacturing processes from that time meant the rail was less resistant to certain forces and pressure, according to the investigation.

The report said other factors were also to blame for the derailment.