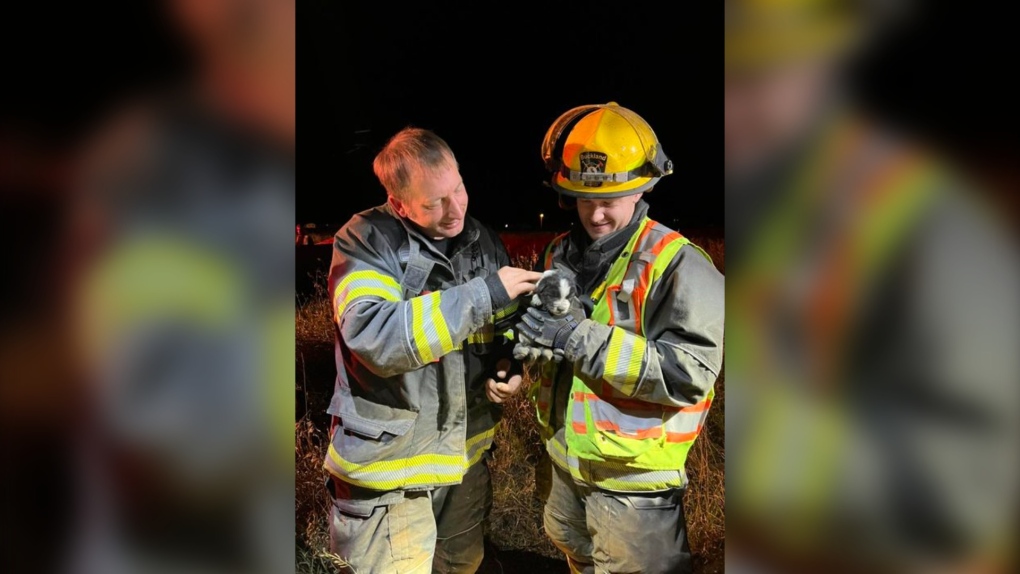 Buckland Fire and Rescue crews rescued a new-born puppy after it fell down a well. (Facebook/ BucklandFire)

Buckland Fire and Rescue were called out to the Wahpeton Dakota Nation with reports that someone was stuck in a well Friday night and ended up saving a puppy.

“I guess what happened was when she noticed the puppy down there. She went down to get it and then she got stuck,” he said.

Schrader said the woman was already rescued from the well by the time crews arrived, but the puppy was still in the well.

“My guys were looking in there and they saw the puppy down in the well and are definitely puppy lovers. We spent over an hour tr[ying] to get it out.”

“We rigged up a bunch of stuff and worked on it and finally got it into a bag and looped a rope around it and got it up.”

As for the puppy, according to Schrader, the furry friend was just a few days old at the time of the rescue.

Help will arrive at the children's hospital in Ottawa next week as it continues to see "unprecedented volumes" of young patients suffering from respiratory viruses.

As Musk is learning, content moderation is a messy job

Since the world's richest man paid $44 billion for Twitter, the platform has struggled to define its rules for misinformation and hate speech, issued conflicting and contradictory announcements, and failed to fully address what researchers say is a troubling rise in hate speech.