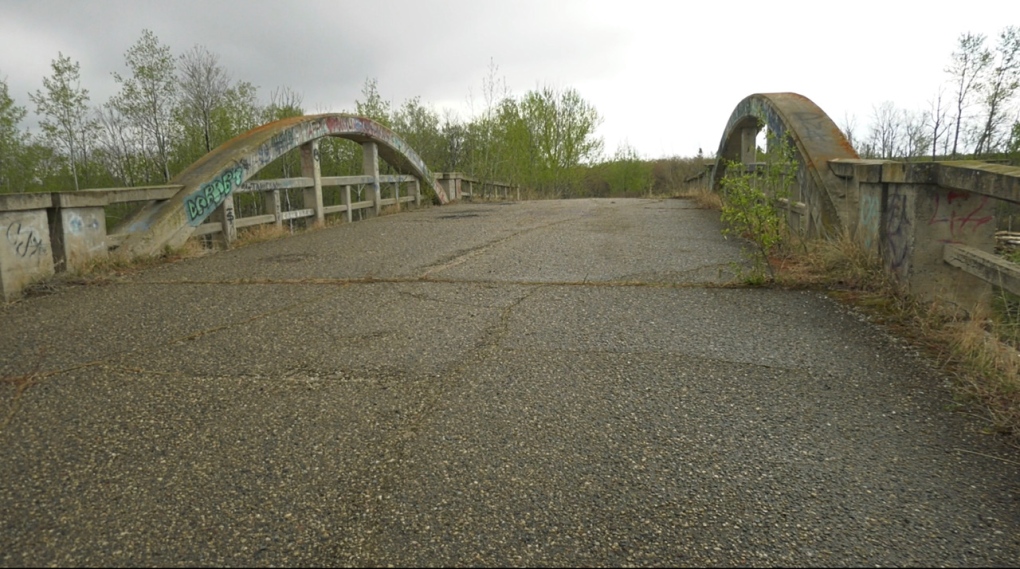 SASKATOON -- A private development company plans to restore a concrete bridge built in the 1930s that was once part of the Saskatchewan highway system.

A partner in Signature Development Corporation, Rusty Clunie, says the company is working with structural design experts to make the bridge usable for vehicles.

They want to use the bridge in the road to a residential country acreage development and also have plans to create a walking trail under the bridge.

“Our full intention is to maintain the bridge as is and bring it back to its state when it was first built,” said Clunie.

Clunie is consulting the Department of Highways and local archives for information about the bridge.

According to information provided by the Prince Albert Historical Society, the overpass was part of Highway 2, and carried traffic over the railroad below. It wasn’t used much after the mid-1960s when the highway was re-routed, however, trains continued to pass underneath the bridge until the rail line closed in the early 1980s.

Restoration plans for the bridge include sandblasting the concrete, repairing the surface of the bridge and repairing any structural deficiencies.

“Our whole goal when we design the road system to the houses is to maintain and retain as much of the natural landscape; the trees and the environment as we have it today,” Clunie said.

In phase one of the project, Signature Development Corp. is developing 160 acres of land south of Prince Albert. It will be divided into around 30, two and half acre lots residential acreage lots that will be for sale to the public.

Commercial lots will line a new service in the area. Developers plan to bring services such as rural water utility pipeline, electricity, natural gas and fiber internet connections to the lots.

A video about the Highway 2 historical overpass produced by Saskatoon-based Ganarly films, has received over 5,000 views on YouTube. Scott Woroniuk created the video as part of his Abandoned Saskatchewan series.

“A lot of times when I set out to document something for my Abandoned Saskatchewan series, it's with the hope that I can at least I can document it for posterity before something happens to it or it gets knocked down,” said Woroniuk.

Woroniuk says he’s always been intrigued by the bridge and was pleased to learn the developer plans to restore the structure. And he would like to see the bridge’s original feature maintained in the restoration.