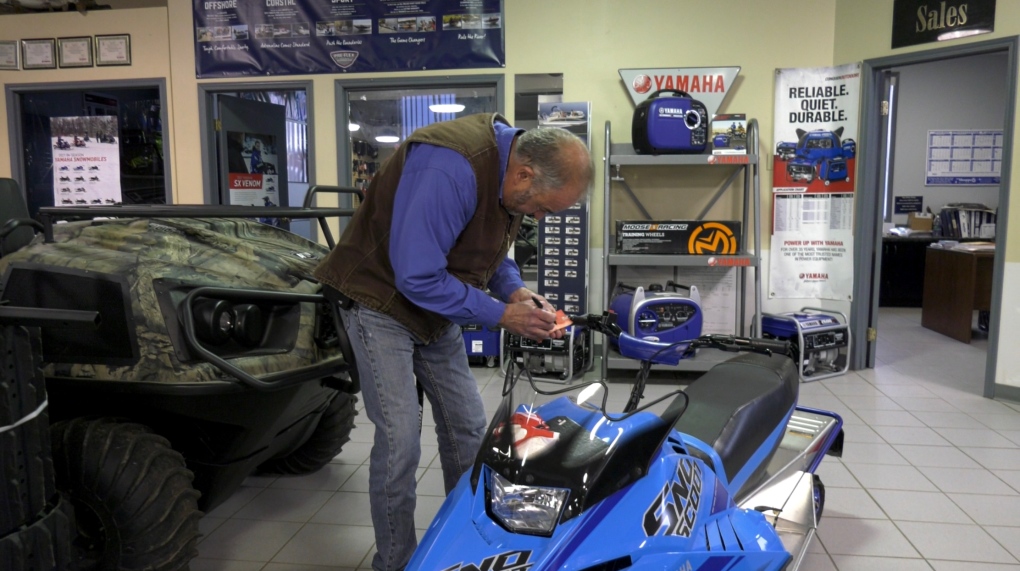 SASKATOON -- A buying surge in recreation vehicles and equipment seen this summer with quads, RVs and boats is continuing this winter according to a local sport equipment dealership.

“It seems the same trend, that people are not being able to travel and they're looking for something more to do around home and recreation. Snowmobile sales, parts, service and everything has been really, really good to date,” said Terry Skulmoski, general manager of Tru North Auto, RV and Marine in Prince Albert.

He says his sales were 30 per cent higher in this year compared to last.

“This summer is probably one of the best ones we’ve seen in the last three to five years,” said Skulmoski.

He says customers are looking to buy new and used snow machines. Most of the dealership's inventory is already sold and he’s had to place orders with manufactures for some snow machines.

“I think snowmobiling can be a great activity to do during this time. It can keep you in the province. you can see lots of areas,” said Leah Switzer, executive director of the Saskatchewan Snowmobile Association.

“If you visit a shelter, it's the same guidelines as to what you would have if you visit anywhere else. So if there's already five people inside that shelter you either wait or you can continue on to the next one. We're asking people to wear their masks,” Switzer said.

Snowmobile registrations in November 2020 are three times higher than November 2019 according to SGI, with 4,714 machines registered.

“To date registration of snowmobiles is up. That could be partially due to the early snowfall,” Switzer said.

She says there’s been an increase in phone calls and contacts from people enquiring about trail permits and snowmobile information.

In Saskatchewan, people born after Jan. 1, 1989 must take a snowmobile safety course to operate a snow machine.

She also recommends riders get information about safety and trespassing regulations from the association’s app and website. The interactive trail map shows the open trails around the province and trail conditions.