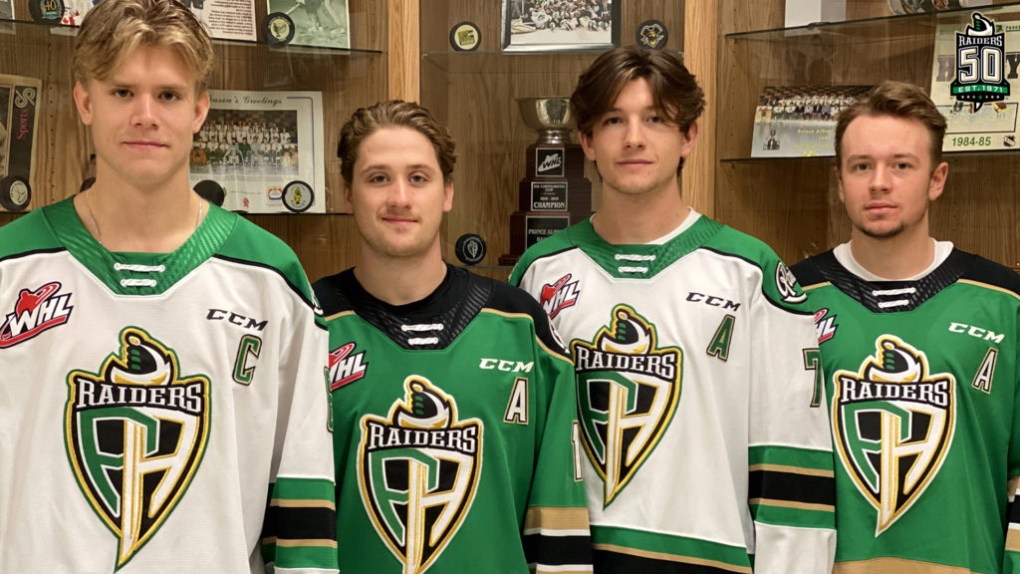 The Prince Albert Raiders have named this season’steam captain.

19-year-old Kaiden Guhle will be the Raiders’ captain for his second consecutive season. Remy Aquilon, Reece Vitelli, and Ozzy Wiesblatt were appointed as alternates.

Guhle is the 44th captain in Raider history, prior to the 2021 season in the Subway Hub Centre. Last year, he only played two games in the Hub Centre due to injury. Guhle is from Sherwood Park, Alta. and is a Montreal Canadiens prospect.

Aquilon is from Kelowna, B.C. and set career highs with 15 assists and 16 points last season, and posted a career-best plus-seven rating.

Vitelli is an alternate captain for the second consecutive season. The centreman is from Winnipeg, Man. He’s had seven goals and 15 assists while playing in all 24 games in the Hub Centre. Prior to the season, Vitelli was invited to the Arizona Coyotes’ training camp.

It’s also Wiesblatt second season on the leadership team. The Calgary native and San Jose Sharks prospect and led the Raiders in scoring in the Hub Centre last season with 28 points in 23 games.

The Raiders play two games at the Art Hauser Centre this weekend. On Friday they’ll hosting the Moose Jaw Warriors for the second leg of their home-and-home series.

On Saturday, the Raiders take the ice against the Medicine Hat Tigers for their first game against an Alberta-based opponent since March 2020.