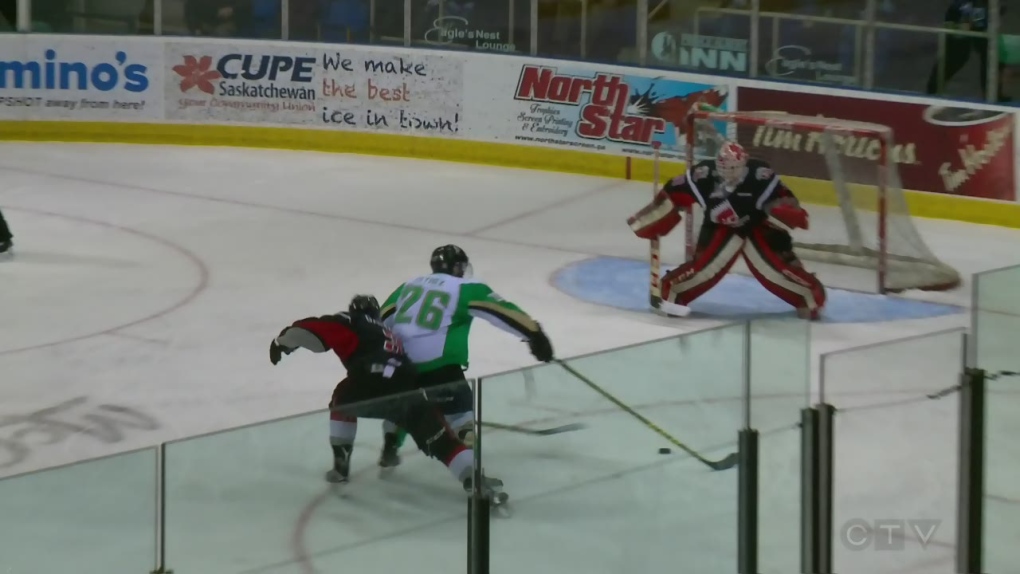 The Prince Albert Raiders dropped its second-game in a row after blowing a 3-2 lead to the Lethbridge Hurricanes Saturday night.

The Hurricanes opened the scoring just over two minutes into the game on an Alex Thacker goal. Raiders’ forward Evan Herman scored back-to-back goal giving the visiting team a 2-1 lead heading into the first intermission.

Teams traded goals in the second, with Prince Albert holding on to a 3-2 lead heading into the final frame.

The Raiders ran into penalty trouble in the third taking four minor penalties. That led to two powerplay goals by the Hurricanes including an empty-netter, securing the 5-3 win.

Prince Albert (2-7) return to the Art Hauser Centre for a date with the Brandon Wheat Kings on Oct. 29.