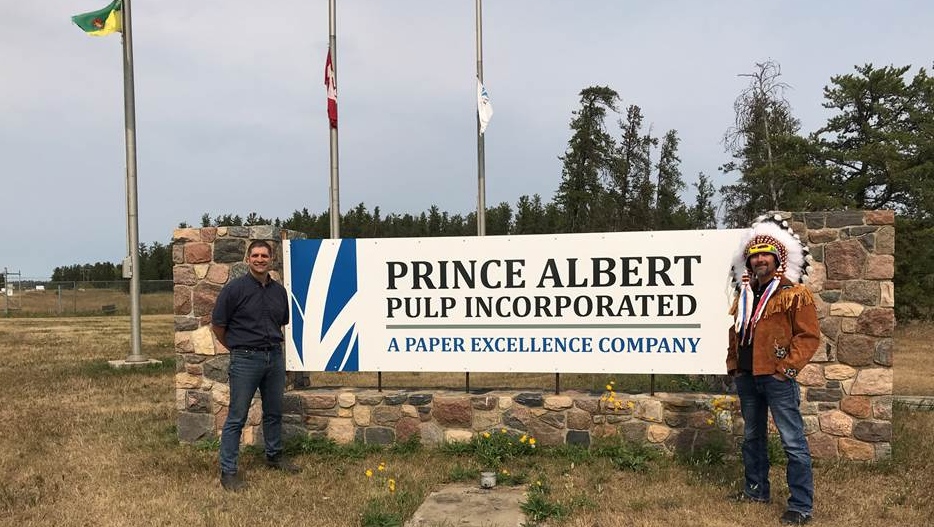 Paper Excellence announced today that the company’s pulp mill restart project has submitted its environmental impact statement to the Saskatchewan Ministry of Environment.

The pulp mill has been closed since 2006 and changed ownership several times over the years.

In May the company spent approximately $500,000 winterizing the facility in its bid to reopen. This winter will mark the first time the building has been heated since 2014.

Paper Excellence says the mill will create over 1650 direct and indirect jobs if its bid to reopen is successful.

The company says the restart is subject to market conditions and government permit approvals.

“We are very encouraged by the enthusiasm that we have encountered in the process up to this point, and we were happy to see that confirmed in recent polling,” said Dal Monte.

Paper Excellence is based in Richmond, B.C. and has a workforce of over 2,400. It operates seven mills and a large-scale cargo distribution centre in Canada.

Oscar, Golden Globe and two-time Grammy winning singer-actress Irene Cara, who starred and sang the title cut from the 1980 hit movie 'Fame' and then belted out the era-defining hit 'Flashdance ... What a Feeling' from 1983's 'Flashdance,' has died. She was 63.

The World Cup action in Qatar continued with Tunisia, Australia, Poland, Saudi Arabia, France, Denmark, Mexico, and Argentina all playing. CTVNews.ca takes a look at everything you need to know from Day 7 of the tournament.

Fleeing shelling, civilians on Saturday streamed out of the southern Ukrainian city whose recapture they had celebrated just weeks earlier as the country remembered a Stalin-era famine and sought to ensure that Russia's war in Ukraine doesn't deprive others worldwide of its vital food exports.

Canada is importing more children’s medication amid an unprecedented surge in demand, but the head of the Ontario Pharmacists’ Association warns that the supply will still need to be rationed if it’s going to last.

After six weeks, more than 70 witnesses, and the submission of more than 7,000 documents into evidence, the public hearing portion of the Public Order Emergency Commission wrapped up on Friday.