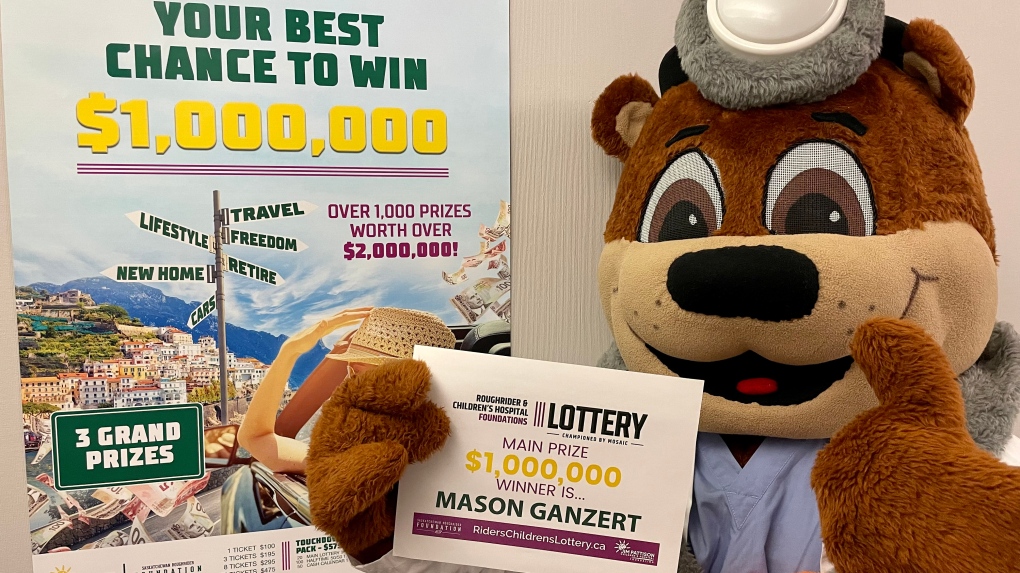 Mason Ganzert of Prince Albert is the grand prize winner of $1 million in The Roughrider & Children’s Hospital Foundations Lottery, championed by The Mosaic Company.

The Roughrider and Children’s Hospital Foundations Lottery offered more than 1,000 prizes, with three Grand Prizes including the Super Grand Prize of $1 million, according to a news release.

The lottery is a partnership between the Saskatchewan Roughrider Foundation and Jim Pattison Children’s Hospital Foundation.

The funds raised will go to support amateur sport, education, health and wellness initiatives for the province’s youth, as well as maternal and children’s health care in Saskatchewan at Jim Pattison Children’s Hospital.

A well-known real estate agent and media personality in Brampton, Ont. has been viciously attacked in broad daylight in his own driveway by three men, two of whom appear to be wielding an axe and a machete.

Police in Ontario say they have taken down a criminal network they allege trafficked cocaine and fentanyl and smuggled guns into Canada from the U.S.

Donald Trump invoked his Fifth Amendment protection against self-incrimination as he testified under oath Wednesday in the New York attorney general's long-running civil investigation into his business dealings, the former U.S. president said in a statement.

Can the spread of monkeypox be stopped?

Since May, nearly 90 countries have reported more than 31,000 cases of monkeypox. The World Health Organization classified the escalating outbreak of the once-rare disease as an international emergency in July; the U.S. declared it a national emergency last week.

Nova Scotia’s unsolved crimes program is offering its largest reward ever for information in the case of a little boy shot and killed in Dartmouth in December.

The Royal Canadian Air Force has grounded the Snowbirds aerobatic team after one of the aircraft suffered a hard landing last week in northern British Columbia.

With some airlines denying compensation for delayed flights or missing baggage, a few Canadian passengers are taking their claims to court.