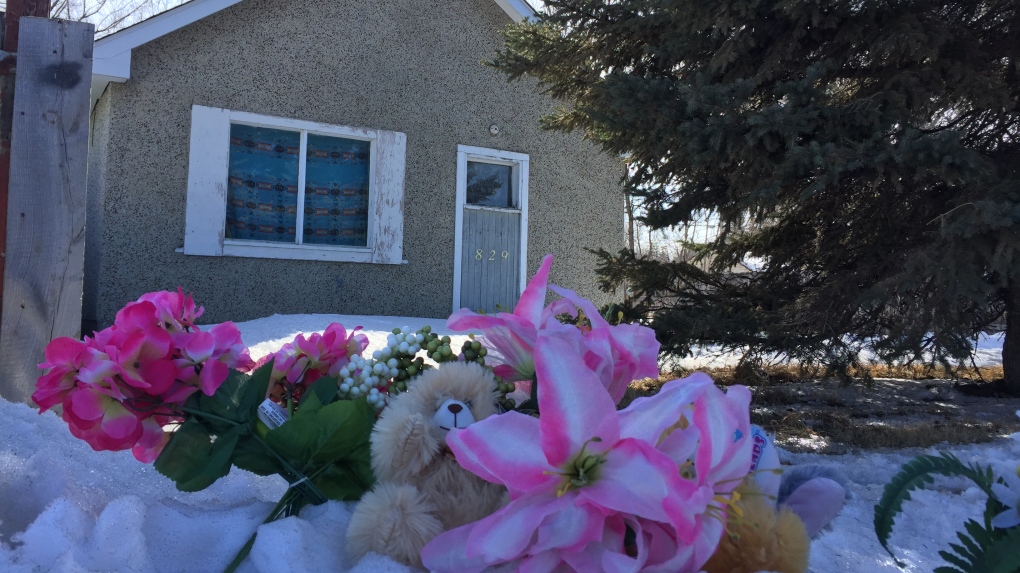 A makeshift memorial in Prince Albert for a three-year-old girl who police believe died by homicide.

After an autopsy conducted Tuesday, police in Prince Albert are investigating a three-year-old girl's death as a homicide.

While no arrests have been made, the girl and suspects were known to each other, Prince Albert Police Service said in a news release.

On April 8, police were called to a home in the 800 block of 17th Street West to help paramedics with a call involving a person in cardiac arrest.

The girl was first transported to Victoria Hospital and later moved to Jim Pattison Children's hospital where she died on April 9.

Police do not believe the incident to be random or that there is a risk to public safety.