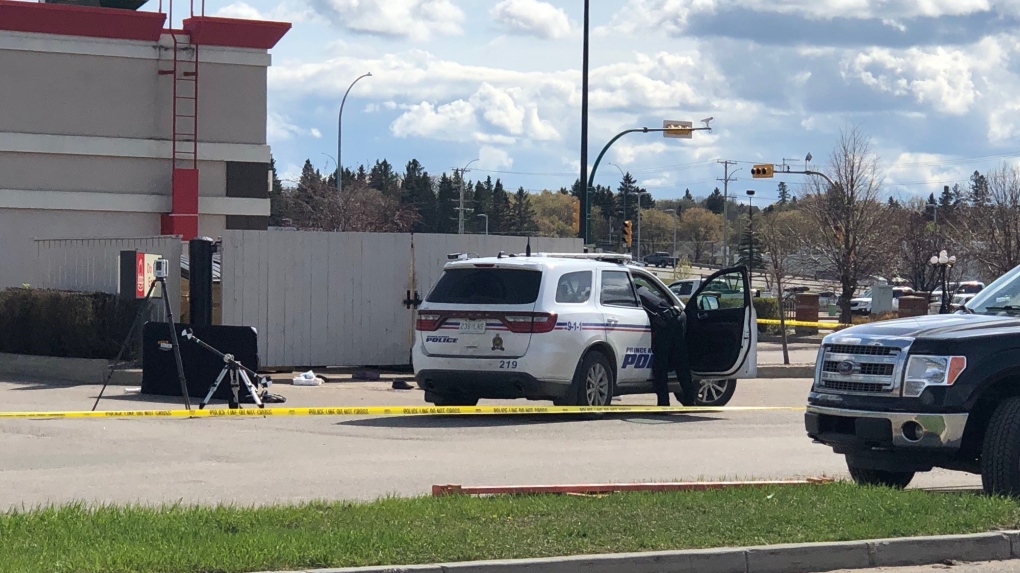 Police responded to an alleged assault in the 800 Block of 15th Street East in Prince Albert on May 18, 2022. (Lisa Risom/CTV Prince Albert)

Prince Albert police have charged a 22-year-old man with aggravated assault and assault with a weapon following an incident involving a vehicle and pedestrian Wednesday afternoon.

Police responded to a call for service in the 800 Block of 15th Street East Wednesday afternoon. Police determined that an altercation had taken place, resulting in a 31-year-old man being seriously injured, police say. He remains in hospital in Saskatoon.

Anyone who may have been in the area and witnessed this incident, or anyone who has dash cam or cell phone video of this incident, is asked to contact police or Crime Stoppers.

BREAKING | At least 6 dead, 24 wounded in shooting at July 4 parade

At least six people died and 24 were wounded in a shooting at a July Fourth parade in the Chicago suburb of Highland Park, and officers are searching for a suspect who likely fired on the festivities from a rooftop, police said Monday.

The federal government says it has signed a $20-billion final settlement agreement to compensate First Nations children and families harmed by chronic underfunding of child welfare.

Canadian airlines and airports claimed top spots in flight delays over the July long weekend, notching more than nearly any other around the world.

'He was a hero': Family says Ottawa man killed in fatal collision sacrificed himself

The family of an Ottawa man killed in a Canada Day crash in the west end says Tom Bergeron died exactly as he lived: selflessly thinking of others before himself.

A pair of new reports from the Bank of Canada point to rising inflation expectations by Canadian businesses and consumers. In its business outlook survey released Monday, the central bank said businesses' expectations for near-term inflation have increased, and firms expect inflation to be high for longer than they did in the previous survey.