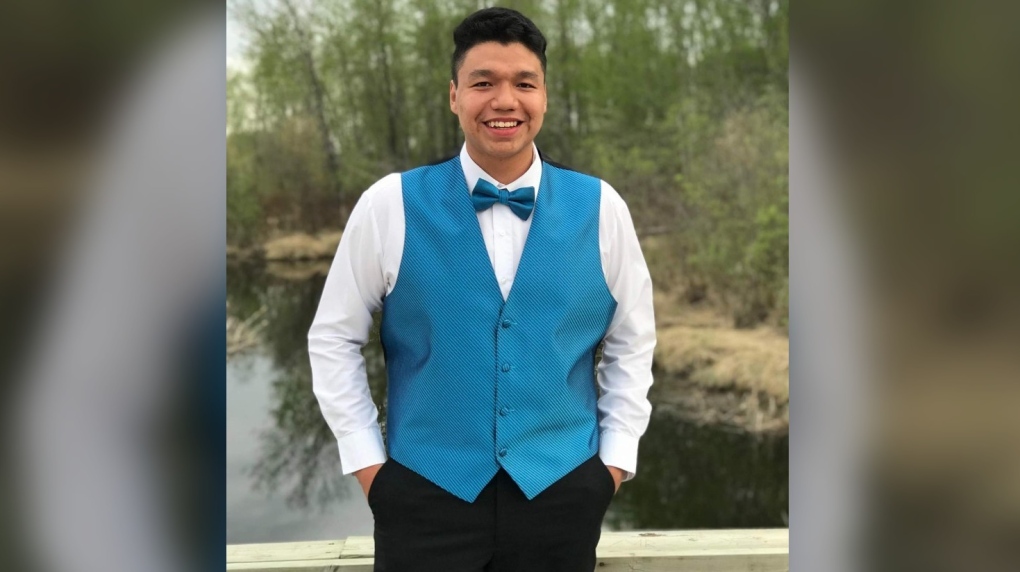 Alex Whitehead was known for being hard-working and helpful, his family says. (Courtesy Charmaine Poorman)

Charmaine Poorman isn’t ready to forgive the man accused of killing her brother, but she says her brother would.

“My brother would forget anybody who would hurt him in any sort of way. He would move on from that, and say we can move past this, we could be friends at one point. But he’s not here to forgive him, and I’m not ready to forgive anybody that took his life," Poorman outside Prince Albert Provincial Court on Thursday.

The case is adjourned for three weeks while the Crown and defense exchange information related to the case.

Poorman says Whitehead was trying to protect his friends during an altercation when he was stabbed twice. He was taken to hospital where he died of his injuries.

Poorman was one of many relatives and loved ones of Whitehead in court on Thursday. She describes him as athletic and caring.

“He’s not a kid who would go and hurt somebody the way that he has been hurt. He is loved by so many people throughout this community,” said Poorman. “He’s hard-working and helpful.”

She says they will continue to appear in court for as long as it takes to get justice for her brother.

“Our goal is to be there for every single one of these trials and court hearings in the hopes that he gets the justice that he deserves,” she said.

While the investigation continues, Poorman feels somewhat safer knowing the accused is in custody. But she says she doesn’t feel completely safe yet.

“I feel somewhat better, but I know there was more than one person involved in this situation, and I would feel 100 per cent more safe and secure when I hear of more arrests. I just hope all who were involved get arrested, and charged for what they deserve.”

Canada pledged $50 million to prevent Ukrainian grain from going to waste on Sunday as Prime Minister Justin Trudeau committed to work with G7 nations on further measures to halt the famine caused by the Russian invasion of the embattled country.

Canada's chief of defence says Russia's invasion of Ukraine is going to change the course of history.

People with COVID-19 can infect and sicken cats and dogs by cuddling them: study

Cat and dog owners who cuddle their pets when infected with COVID-19 could end up making the animals sick with the virus, according to a Canadian study.

David Cohen has been the United States' Ambassador to Canada since November 2021, and in the time since, both Canada and the United States have experienced a series of shared challenges. In an interview at his official residence in Ottawa, Cohen opens up about the state of the relationship.

Russian President Valdimir Putin was a target of mockery by leaders of the Group of Seven, as they sat around a table Sunday, commencing their three-day summit in Bavarian Alps, Germany.

Russia shattered weeks of relative calm in the Ukrainian capital with long-range missiles fired toward Kyiv early Sunday, an apparent Kremlin show-of-force as Western leaders meet in Europe to strengthen their military and economic support of Ukraine.

The latest on the G7 summit: The Group of Seven leading democratic economies has formally launched at its annual summit a global infastructure and investment partnership aimed at pushing back China's influence in the developing world.

Norway's prime minister and members of the royal family joined mourners at a memorial service Sunday at Oslo Cathedral for the victims of a shooting attack as the capital held its annual LGBTQ Pride festival.

Rate of extreme rainfall expected to increase dramatically by 2100

New research looking at the frequency of heavy rainfall across the globe shows that a drastic increase in downpours is expected over the years to come.