Prince Abert Food Bank executive director Kim Scruby says many clients are asking for more in their hampers, saying the high costs of food have them buying less.

“Over the past year or so, I think we’ve seen a pretty significant inflation in food,” said Scruby.

He says the food bank has had to adjust its purchases accordingly to stay within budget.

Donations of vegetables and fruits from local gardeners are helping the food bank to keep up with demand.

Some clients grew food in the city’s community garden, run by the food bank, and that helped decrease some of the need.

“Some of the most significant inflation we’ve seen in food is in fresh produce and meat so this is something that we couldn’t afford to buy and if not for the community coming in and donating it,” said Scruby.

The need for food typically increases during holidays – and Scruby said this Thanksgiving is no exception.

The food bank is unable to give out turkeys.

However, donations from the public and grocery stores have helped put some Thanksgiving “trimmings” in food hampers.

Because of the pandemic the food bank has postponed their food drive and fundraisers.

The founder of Jessy’s Garden, Bonny Sanderson, says many people who use the garden this year have shared their concerns about food prices.

“People are angry with the prices,” said Sanderson.

She says since the start of the pandemic, she’s had many new families come to the garden. Over the last year, the number of patrons at the garden has also increased, and so has the distances people are willing to travel.

“People were coming from Saskatoon, we’ve had people from Melfort this year, Nipawin, Carrot River, you name it,” said Sanderson. 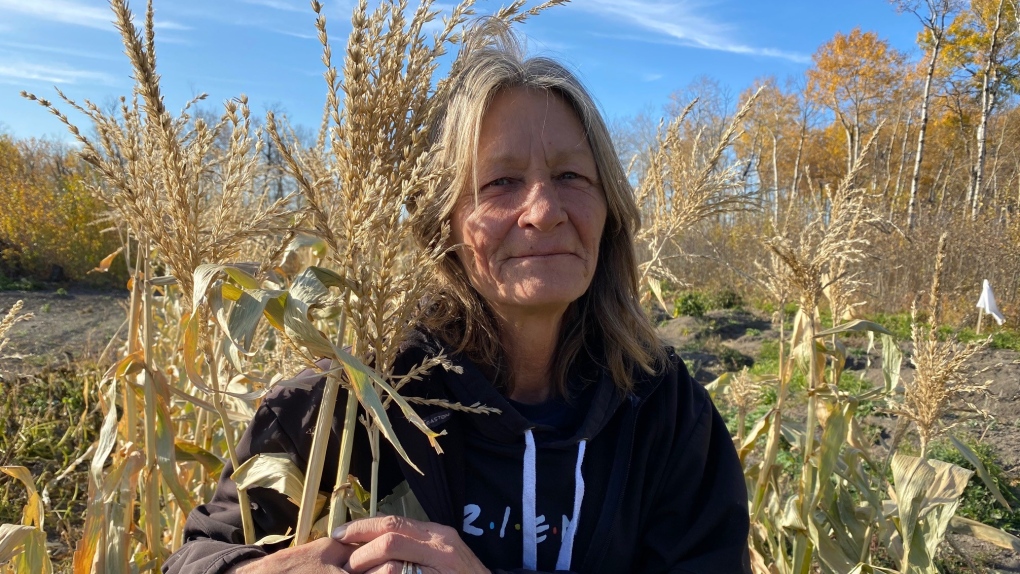 To help keep up with demand, Sanderson plans to expand the amount of garden planted.

If someone for whatever reason is unable to pay and is in need, Sanderson provides them with vegetables.

“If you can’t afford it, we will take care of you. That’s what Jessy’s garden is all about, is helping the community. Food security right now, it’s been crazy for years but it’s getting worse,” said Sanderson.

Jessy’s Garden was started in memory of Sanderson’s daughter.

The garden provides food in exchange for labour and donates garden vegetables to schools, non-profit organizations and people in need.

The garden also accepts donations for vegetables and sells all produce for one dollar a pound.