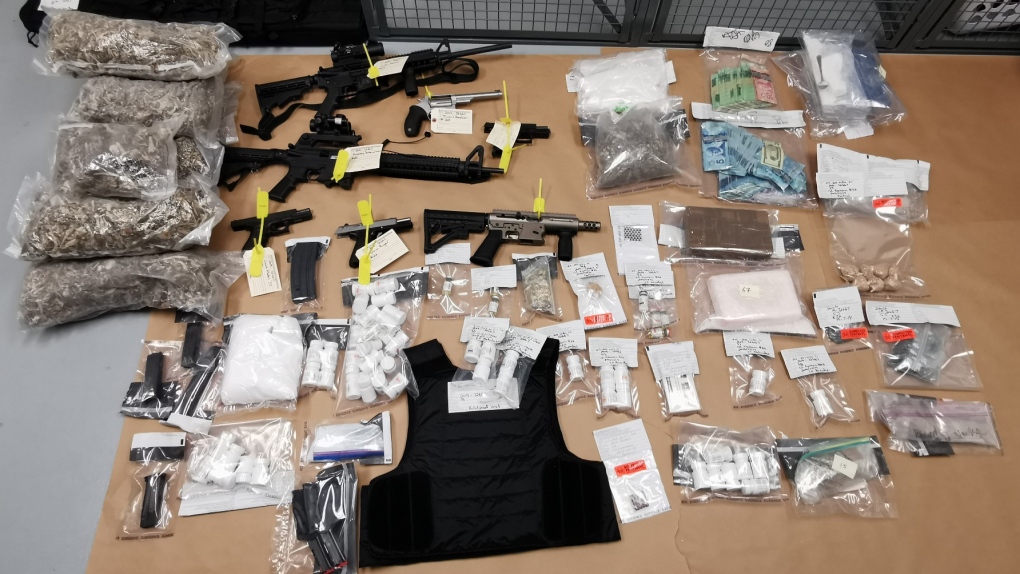 Investigators witnessed a drug deal Saturday evening in the parking lot of a restaurant in the 3100 block of Preston Avenue South, according to a news release.

Two men, both 35, were arrested at the scene. The first man was found to be in possession of mobile phones, bundles of cash totaling $450 and 15 small baggies containing soft cocaine, police say.

“The second man was found to be in possession of one baggie containing soft cocaine," police say.

A subsequent search was conducted at a home in the 200 block of Willis Crescent. Investigators found about $10,500 in cash, 2.3 kg of powdered cocaine, 1.2 kg of fentanyl powder, 741 fentanyl pills, 30 grams of crack cocaine, 6 kg of mushrooms, .85 grams of methamphetamine, 63 bottles of steroids, four handguns, one rifle, two restricted rifles, a ballistic vest, prohibited magazines and ammunition.

One 35-year-old man is facing one charge of possession of cocaine. The other is facing several trafficking charges as well as possession of methamphetamine, possession of the proceeds of crime over $5,000 and 45 firearm related charges.