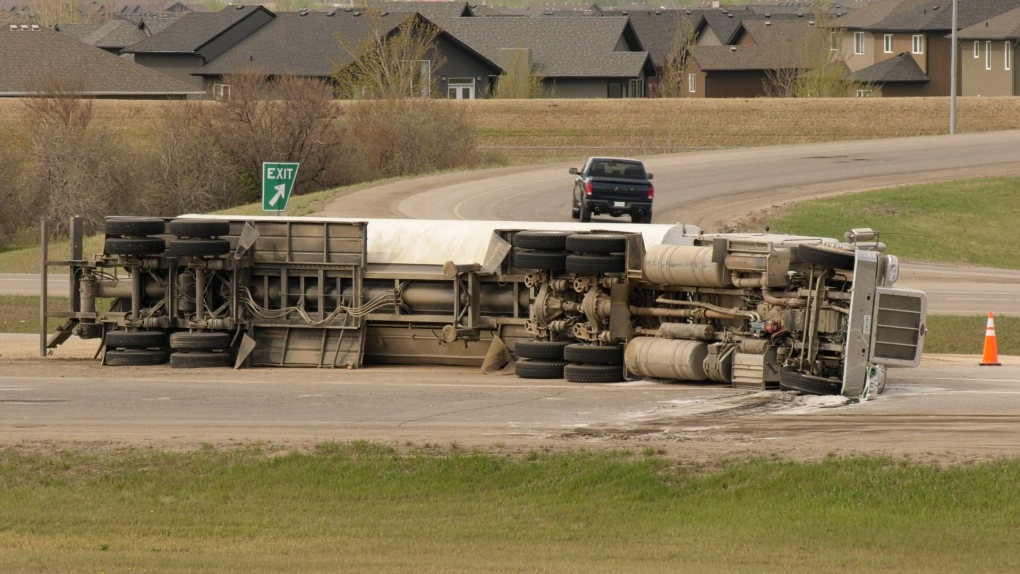 Police say there is a clean up of the spilled load which appears to be agricultural seed. (Tyler Barrow/CTV News)

SASKATOON -- A portion of Circle Drive was closed for most of the day on Saturday due to a semi rollover.

Saskatoon Police Service (SPS) say the crash happened at the cloverleaf on Highway 11 and Circle Drive in the south end of the city.

As a result, Highway 11 was restricted to one lane for northbound traffic, a morning news release from police said.

The traffic restrictions were lifted just after 7:30 p.m.

In the initial release, police said the roads would reopen once the semi-tractor unit and two trailers were turned over and the spilled load of what appears to be agricultural seed was cleaned up.

No injuries have been reported.