Plane in fatal Fond-du-Lac crash not de-iced prior to takeoff: TSB 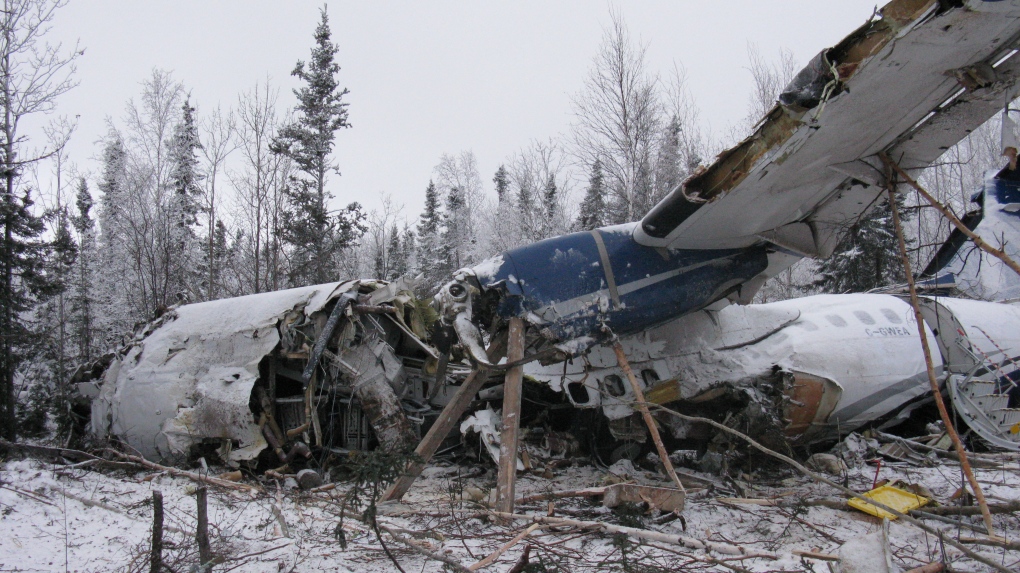 A crashed West Wind Aviation plane that went down shortly after takeoff from Fond-du-Lac is shown here on Thursday, Dec. 14, 2017, one day after the crash. (Transportation Safety Board of Canada)

The West Wind Aviation plane that crashed near Fond-du-Lac was not de-iced and had ice contamination on it when it took off, according to the Transportation Safety Board of Canada.

The board said it’s still working to determine the factors that contributed to the crash but released an update on its investigation Monday.

All 25 people on the West Wind Aviation turboprop were injured when it went down shortly after taking off from the Fond-du-Lac airstrip on Dec. 13. A 19-year-old man died in hospital after the crash. Arson Fern Jr. had cerebral palsy and suffered broken legs, a broken pelvis, internal bleeding and a collapsed lung.

“The TSB offers its condolences to the family who lost a loved one and we understand that this accident has been traumatic to those involved,” the board said in its update. “The TSB investigation team is mindful of the survivors and the community of Fond-du-Lac, who want answers rapidly.”

Investigators have also said the aircraft was not overweight when it took off and that the centre of gravity was within limits. Investigators are now analyzing the plane’s weight, balance and the weather and runway conditions on the day of the crash.

The TSB also found the pilots were qualified for the flight and is analyzing data from cockpit voice recorder.

“We continue our work to determine how accidents like this one can be prevented in the future,” the update stated.

West Wind Aviation’s operator certificate was suspended by Transport Canada about a week after the crash. A class-action lawsuit was filed against the airline and its majority shareholder in January.

The TSB previously ruled out engine failure as the cause. Investigators are continuing to work to determine a cause.