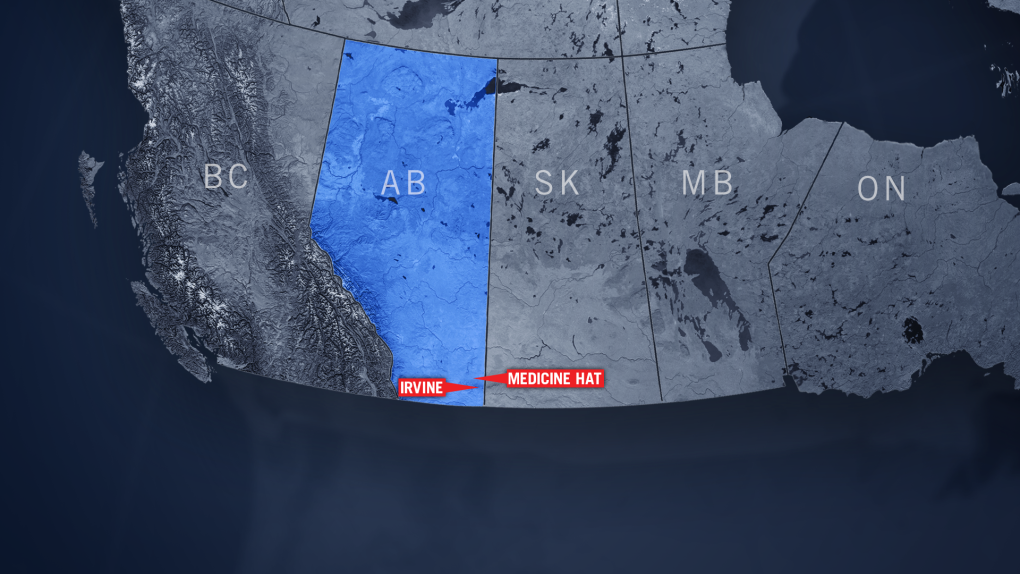 Irvine, Alta., can be seen on this map of Canada.

MEDICINE HAT -- The Transportation Safety Board says a pilot of a small plane that crashed in southeastern Alberta, killing all three people on board, had an expired student pilot permit.

Justin Filteau, 26, a former Hilltops and University of Saskatchewan Huskies football player and judo competitor, was killed along with two family friends. The group was returning to Saskatchewan after a party celebrating an upcoming wedding.

The board posted new details about the collision in an occurrence report.

It also says there are no Transport Canada records that show the pilot had a licence to fly passengers at night.

The private plane, an American Aviation AA-5B, was heading from Medicine Hat, Alta., to Moose Jaw, Sask., on the night of June 1.

It was reported overdue and, following a search, was found the next day in a field about 30 kilometres east of Medicine Hat.

The pilot and two passengers were pronounced dead at the scene.