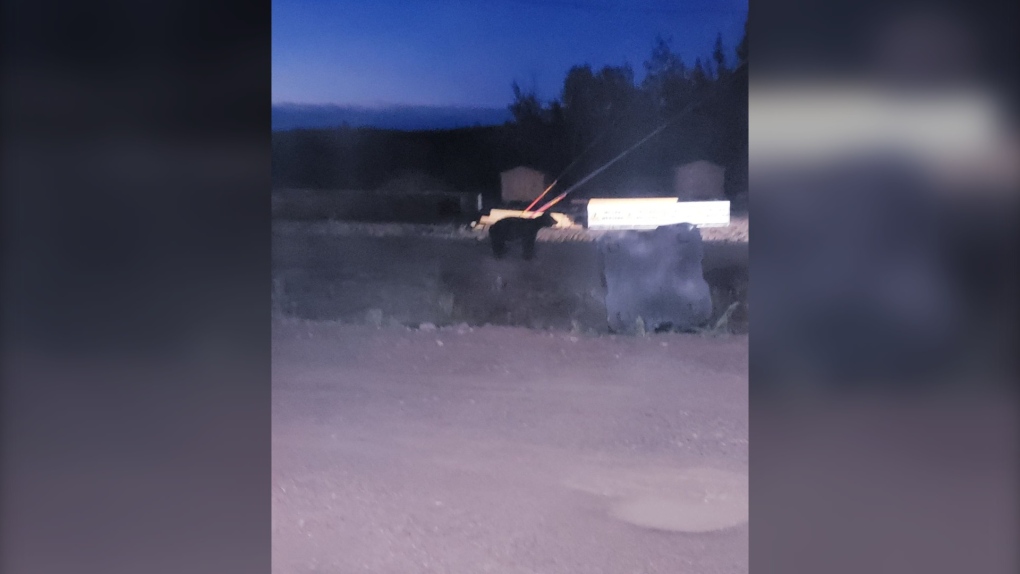 SASKATOON -- Alison Mcleod has lived in Stanley Mission her whole life and while bear sightings are not rare in the area, she had never seen one close to her house - until Sunday night.

Her sister-in-law warned her that the bear had already entered a nearby home earlier that night. The bear had gained access to the home by pushing an air conditioner out of a window, according to RCMP

Within a few hours, around 2 a.m. Monday, Mcleod said she heard a noise.

"I was kind of on edge because it was just the street over from me. I heard some banging outside and I peeked out and my garbage bin was flipped over.”

She didn’t see the bear at first and said that local security scared it away by driving by, but several minutes later she saw it again. 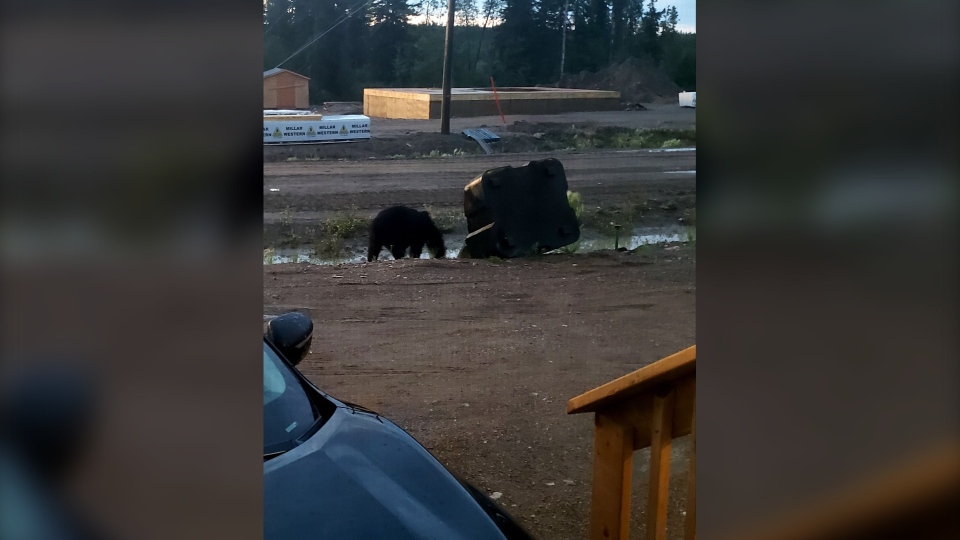 "I just happened to look outside because I was really paranoid because of what my sister told me. I looked outside and that’s when I got a glimpse of it walking right towards my front doorstep.

"I was like ‘oh my gosh, oh my gosh’ and I was so scared because I thought that the bear was going to try to come into my house."

Mcleod said that the bear then sniffed around her garbage before security was able to scare it off again.

In the earlier incident, officers were advised by local security members that the bear had left the house and ran into the woods, RCMP say.

Police believe they found the bear a few hundred metres in the bush behind the home and it began running away as officers approached.

One resident of the home was injured while exiting the home and was taken to the medical clinic.

Conservation officers have set up a bear trap near the last known location of the bear, RCMP said.

Mcleod said she is still concerned because it hasn’t been caught yet. She hopes that the bear can be located and brought away from the community.

She and her daughter are getting out of town to their cabin because her daughter is too scared to sleep at home, she said.

Stanley Mission RCMP and the Saskatchewan Ministry of Environment are asking residents in the area to be careful and contact a conservation officer or the police if the bear is spotted.

They are also warning residents to be aware of items in the garbage or around their properties that may attract bears.