Along with a handful of people, Jeremy Bergen took in the scene at a park across the street from the Saskatoon Inn.

There was a stage set up, lit by purple lights, that no one would ever step foot on.

"I have always been demonized by the media for my beliefs. I believe in aliens. I believe in ghosts. I believe vaccines are literal poison," Bergen said when asked why he wanted to show his support for People's Party of Canada (PPC) leader Maxime Bernier.

"He's the only alternative to mandated fabric on our face for eternity (and) allowing the government to mandate injections."

The outdoor annex to the party's national election-night gathering at the hotel next door was added after the Saskatchewan government moved last week to require indoor masking to prevent the spread of COVID-19. 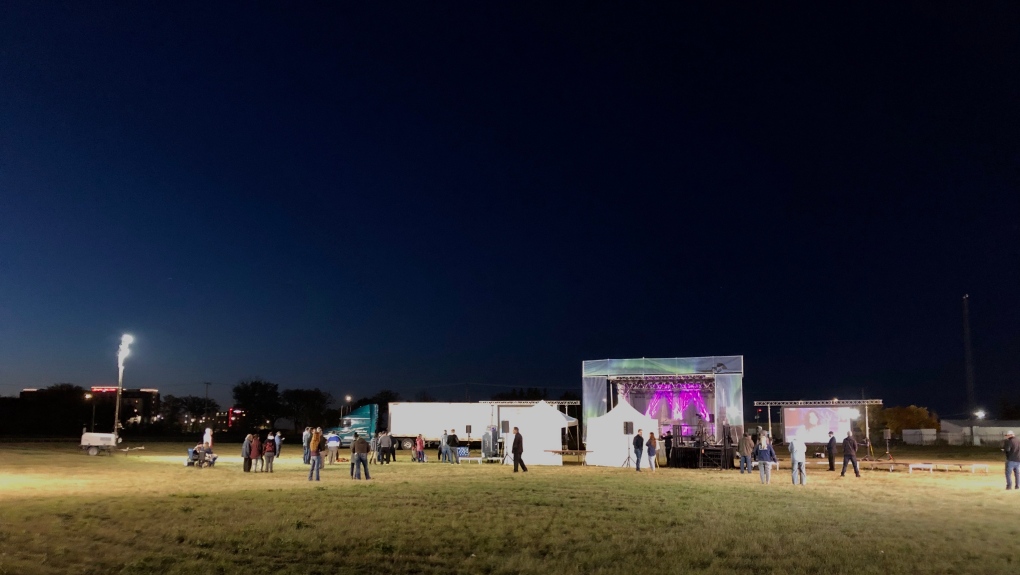 Shortly after 8 p.m., via a live video feed piped over to the outdoor location, a PPC representative could be seen taking the stage inside the hotel — with a reminder.

"Don't shoot the messenger please, but you know the rules in Saskatchewan," he said.

He told those assembled in the ballroom that the Saskatoon Inn had been "accommodating" and that staff had asked that people attending the event "please wear a mask" when standing up from their table.

At one point in the evening, a staff member was overheard asking two people to put on their masks as many others visibility flouted the rule.

The hotel's employees were apparently not the only ones to notice the maskless faces inside the ballroom.

Saskatoon Police Service sent out a tweet close to 9 p.m. saying it had noted social media "concerns about masking at a local election event" and that it would be working with public health officials to look into the matter further.

While speaking to reporters later in the evening, Bernier responded to the tweet, simply saying police "will have to do their job." 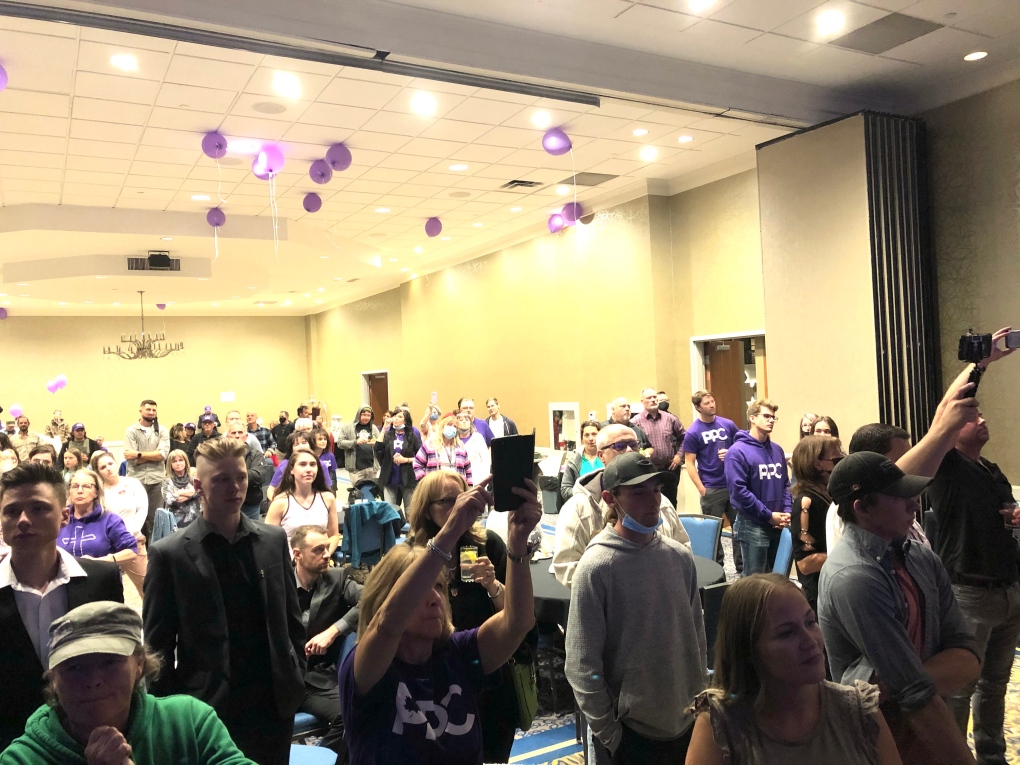 The People's Party of Canada election night rally in Saskatoon on Sept. 20, 2021.

Inside the hotel, more than 200 people gathered to show their support on election night, with few masks in sight.

"We are here to stand for freedom and our rights. For a future for our kids," Lisa Arsenault said.

She attended the event with her husband and like many, they brought their children along, including the couple's nearly one-year-old twins.

"Because everyone has the right to choose what they want to, what they think is best for themselves, for their health or their biology," she said.

"We've never been political, but for us, we feel very strongly to stand up for what we believe," Arsenault said.

Her husband Lorenz said while the couple didn't get a chance to visit much with others because they were busy with their twins it was good "to be in an environment of like-minded people."

"That was enough for us, that made a difference," he said.

After spending time moving through the crowd maskless, posing for pictures and chatting with supporters, Bernier took to the podium inside the ballroom as the crowd loudly chanted "freedom."

"Canadian politics will never be the same again," Bernier said.

In the run-up to the election-night event, it was thought Bernier may speak to supporters outside due to Saskatchewan's renewed masking mandate. 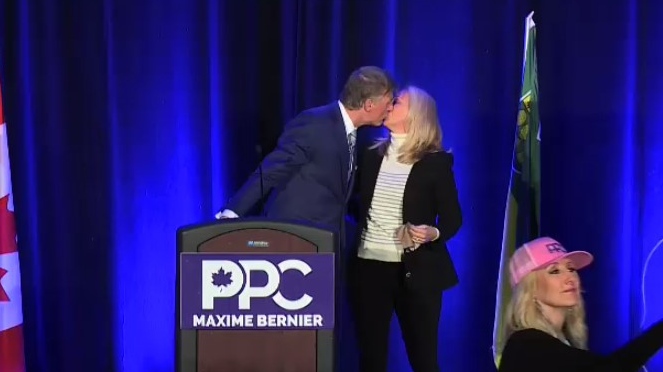 "This is not just a political party. It is a movement. It is an ideological revolution," Bernier told his supporters.

On stage in a city that is currently the COVID-19 hotspot in a province with record numbers of new active coronavirus cases mainly driven by the unvaccinated, Bernier said PPC voters want an end to "COVID hysteria."

"Like me they are mad. They want to have their normal lives back."

Despite the PPC failing to win any seat, including his own Beauce, Que. riding, Bernier framed the night as a success for his party, looking toward the future and potentially winning seats in Canada's next election.

"Unfortunately, we won't be able to carry on this fight in Parliament, but we will continue this battle to unite Canadians under the freedom umbrella," he said.

"Thank you purple army. Stay strong and free," Bernier said before walking off stage to Bob Marley's "Get Up Stand Up." 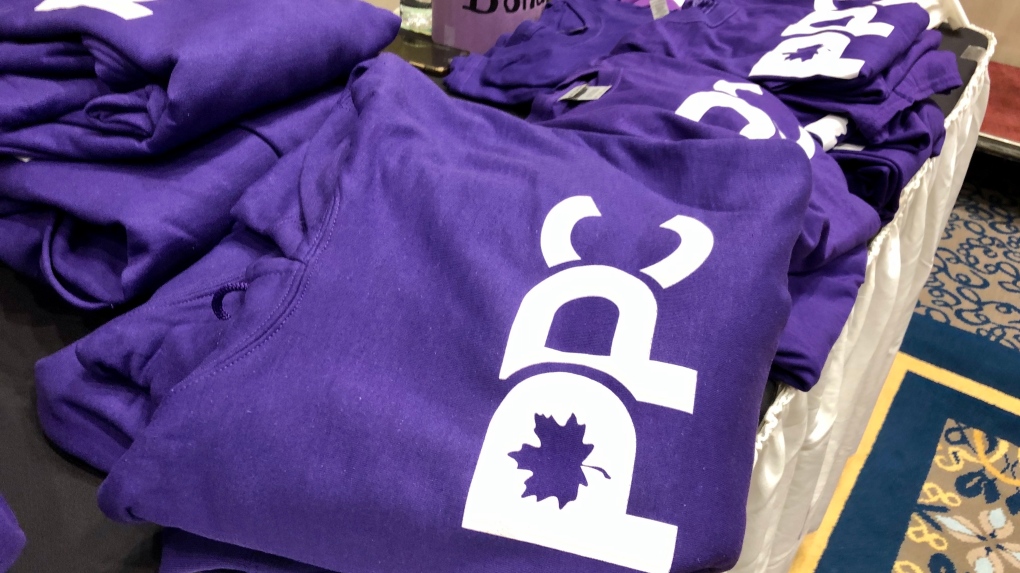 Mark Fresien ran for the nascent federal party started by Bernier following his narrow loss to Andrew Scheer in the contest to lead the Conservative Party.

In 2019, the candidates watched the results roll in at a restaurant in the city's Sutherland neighbourhood, with Friesen garnering just under 700 votes in the riding of Saskatoon-Grasswood.

Nearly two years later, Friesen stood beaming in a room of hundreds of PPC faithful while playing host to the party's leader.

"It's a sign that we're obviously growing and growing in support," Friesen said. 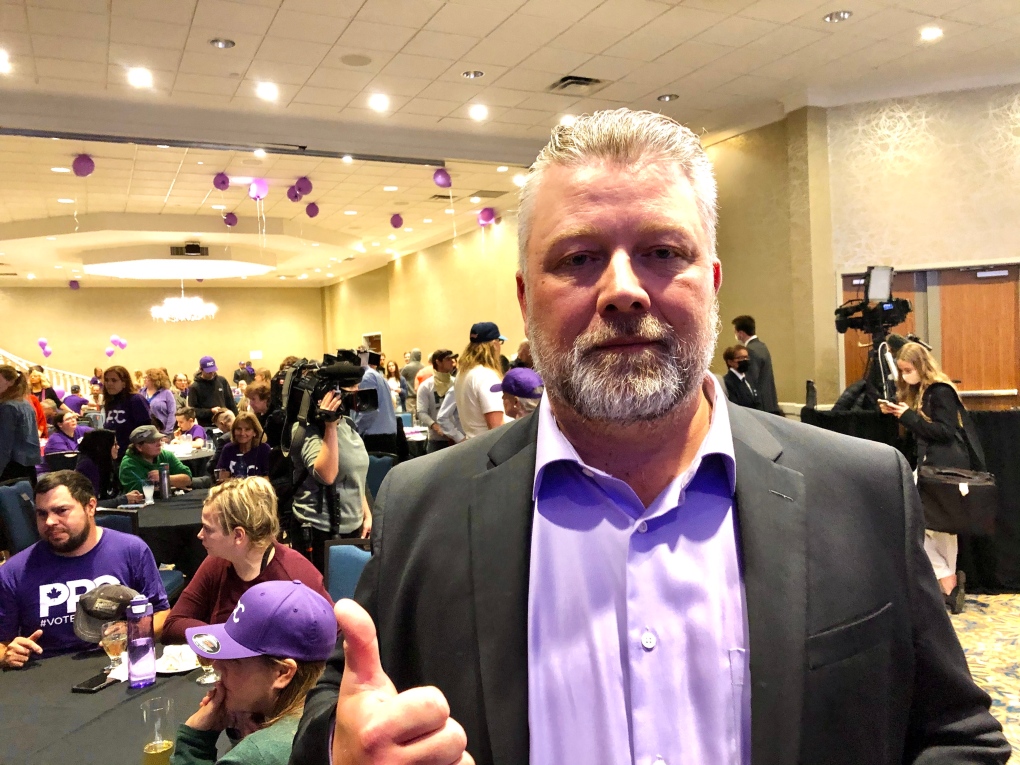 Mark Friesen is pictured at the PPC campaign headquarters in Saskatoon on Sept. 20, 2021.

According to Monday's election-night totals, Friesen netted over 2,000 votes in the same riding with nearly all polls reporting.

Over the past year, Friesen has emerged as a prominent voice in Saskatchewan criticizing COVID-19-related public health rules and organizing "freedom rally" protests against such measures.

Like Bernier and others at the event, Friesen chose not to wear a mask.

When asked, he said the possibility that one or more people at the event could have COVID-19 didn't concern him "at all."

"Most of these people are willing to take that risk because they appreciate their freedom more," Friesen said.

"A lot of people aren't scared of COVID here, they're just not scared of it. And even if somebody was to possibly succumb to it, we just look at it as, that's life, that's an experience."

Another person at the event, who only gave her first name, Jocelyn, said she feels masks interfere with "human values." 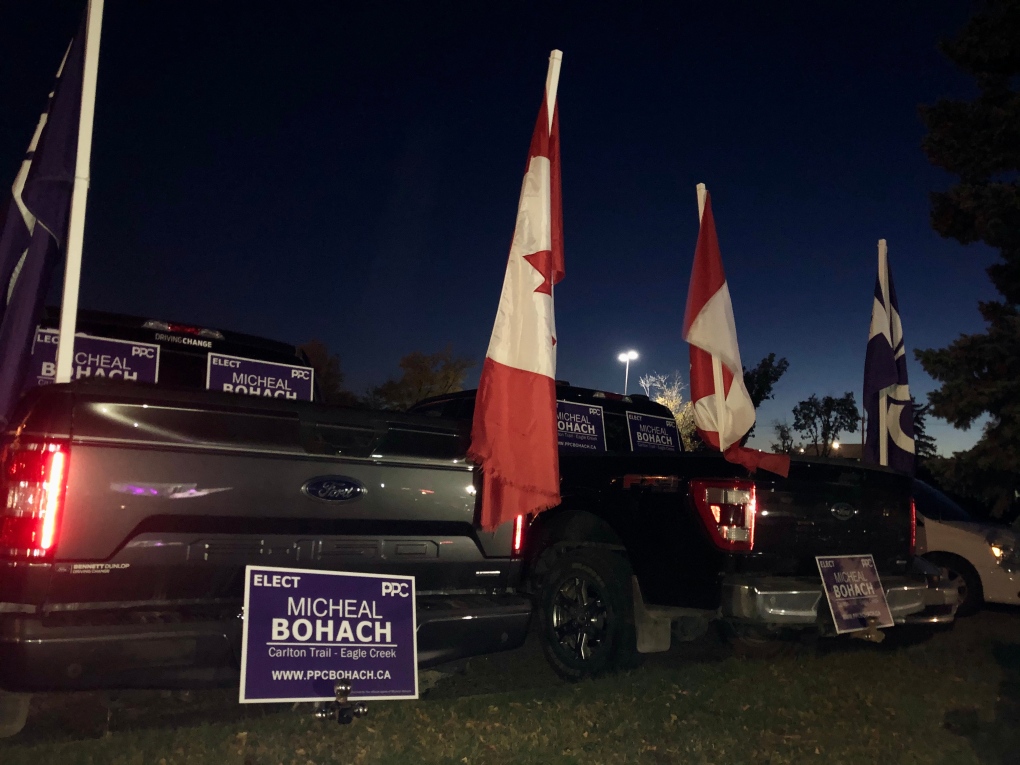 When Bernier was answering reporters' questions towards the end of the night, the PPC leader pushed back against the idea that holding the event was ill-timed given the surge in COVID-19 cases in the province.

"You know, numbers can be high everywhere.  But we are not in an emergecy state right now. After more than one year there is no emergency. We must be able to get back to our lives," Bernier  said.

"These people are responsible inviduals and they will be responsible for their actions and I belive that imposing (masks inside), it's unconstitutional, illegal, and these people will have to fight."

When the dust settled on election night, the PPC had increased its share of the popular vote to 5.1 per cent, up from 1.6 per cent in 2019.

The Chinese military on Sunday condemned the United States and Canada for each sending a warship through the Taiwan Strait last week, saying they were threatening peace and stability in the region.

Bill Clinton was released Sunday from the Southern California hospital where he had been treated for an infection.

An ancient Indigenous knife unearthed during the renovation of Centre Block will be the first artifact found on Parliament Hill to be returned to the stewardship of the Algonquin people who live in the Ottawa region.

Vaccine allergy? Experts say most past reactions not valid reason for exemptions

Whether people have held off on getting vaccinated because of a past reaction, or are seeking an exemption to inoculation mandates, experts say a previous allergic response doesn't mean you can't get your shots.

Father of suspect in British MP slaying is 'traumatized'

The father of a man held for the fatal stabbing of a British MP during a meeting with local voters has told British media that he was shocked and 'traumatized' by his son's arrest, as police continued questioning the suspect under terrorism laws.

A group of 17 U.S. missionaries including children was kidnapped by a gang in Haiti on Saturday, according to a voice message sent to various religious missions by an organization with direct knowledge of the incident.