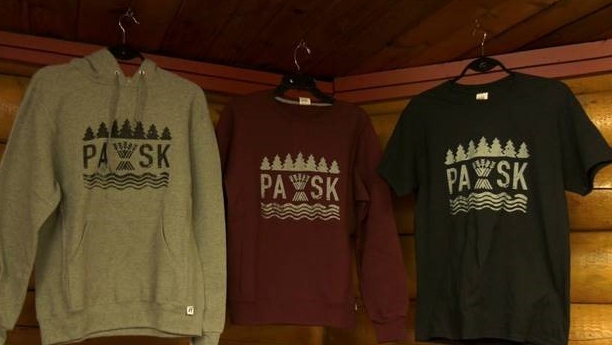 Tourism Prince Albert says people from across Canada can be seen wearing its merchandise and showing pride for the Gateway City.

When the PA#SK clothing line hit the market last fall, it was meant to be a souvenir for people passing through, but it soon became a popular product for local residents.

“It was beyond our expectations.”

“People are really proud of where they come from, that Prince Albert is their home,” Duane Krip with Tourism Prince Albert told CTV News in an interview on Friday.

Krip said this month, sales have tripled compared to last year. He said customers have sent products to family members from coast to coast.

“People were coming in here saying they were shipping these to their daughter, who is now living in Vancouver. There’s people shipping them to the East Coast. It’s just absolutely amazing,” he said.

He said it brings more attention to the city and gets the name and the brand of Prince Albert “out there”. The logo showcases the local landscape of agriculture, forest, and lakes.

“It really is symbolic of Prince Albert,” Krip said.

Now that symbol is on clothing like hoodies, sweatshirts, t-shirts and items such as coffee mugs, fridge magnets, frisbees, key chains and sunglasses.

The merchandise can be found at the tourism centre on the corner of Second Ave. and Marquis Road.