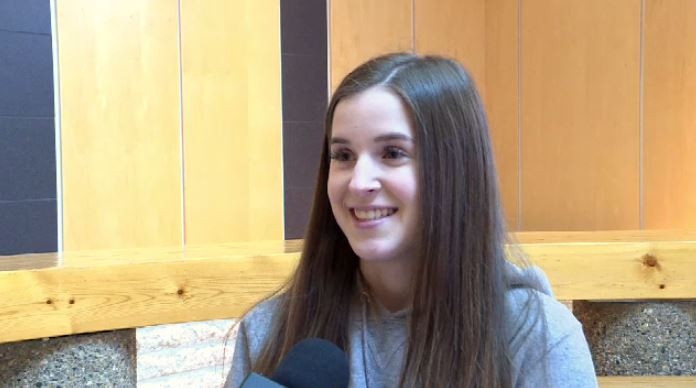 Prince Albert Grade 12 student Chloe Green won a national essay contest with her words on Logan Boulet and his effect on organ donation.

“I just thought it was so inspiring and I wanted to give [Logan] credit for that,” Green said.

Contestants in the Lives That Make A Difference Contest, sponsored by A&E Television, had 300 words to discuss the difference their subject made.

Boulet died in the Humboldt Broncos bus crash last year and his organs saved the lives of six other people. In honour of Boulet, the Canadian Transplant Association and other organizations promoted April 7 as Green Shirt Day, aimed at inspiring others to register as organ donors.

“I just thought it was so inspiring and I wanted to give [Logan] credit for that,” Green said.

Green said the hardest part was communicating how the tragedy became something so inspiring – with so few words.

“I had to cut out all the fill and just get to the story. Get to what I really needed to say and what meant something.”

Green received a cheque for $2,000 and her English teacher, LeeAnne Trumier, got $1,000 to use in the classroom.

Trumier said when Green heard about the money the student didn’t once think about herself but was instead concerned that her teacher, who is retiring this year, wouldn’t get to use the money for class.

“She is such a deserving student to win this kind of contest. She is a humble person, quiet, and I was just so proud of her that she was the one that had been chosen.”

Boulet’s father tweeted out a thank you to Green for honouring Logan and the Broncos with her essay.