Over 200 people rally in Saskatoon against racism 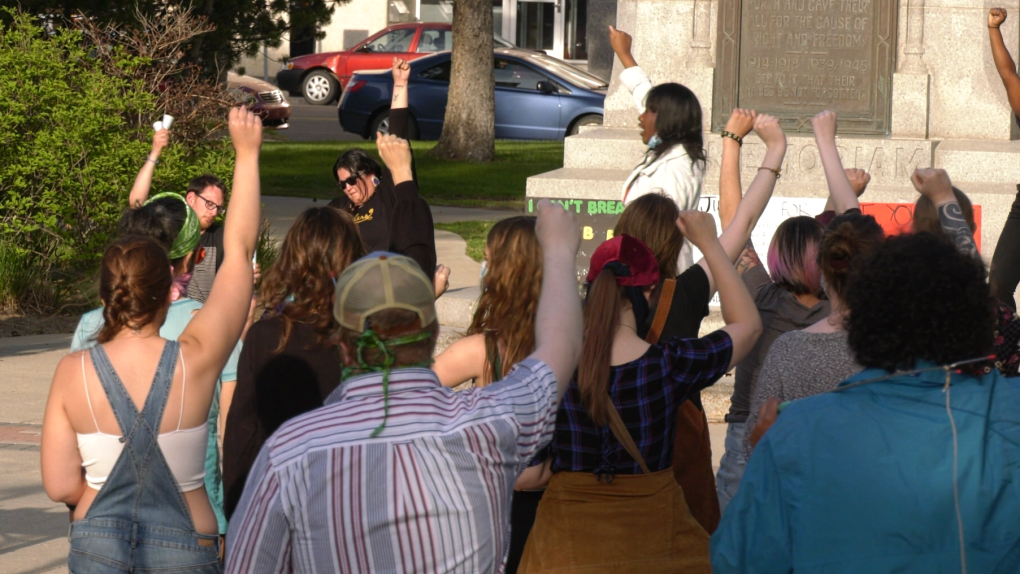 SASKATOON -- Hundreds of protestors gathered outside of Saskatoon city hall Saturday evening, in what organizers described as a Black Lives Matter, anti-racism rally.

It comes on the heels of George Floyds' death, an unarmed American black man who was killed by a police officer earlier this week in Minneapolis, Minnesota.

Demonstrators gathered at 6 p.m. as they called for justice in the deaths of African Americans and African Canadians.

Char Durocher who lives in Saskatoon organized the protest of nearly 250 people, Durocher said she organized the rally as a way of creating awareness about racial discrimination.

“If there are riots happening and there are people chanting that their lives matter, there’s something wrong in North America and we need to examine that,” said Durocher.

The protest was peaceful and no charges were laid.

A similar rally was held in Toronto and Halifax on Saturday, with no arrests made and an additional rally is scheduled in Montreal for Sunday.