Over 20 properties hit with graffiti in one night, Prince Albert police say 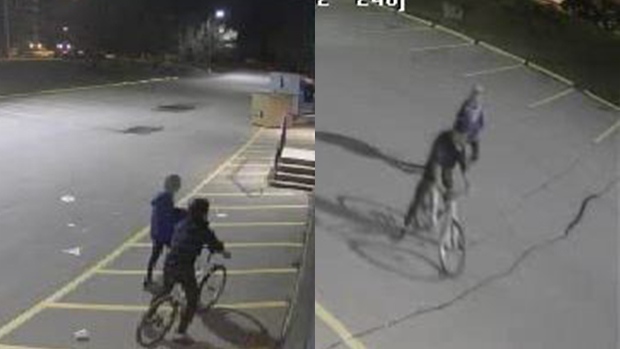 The suspects in the rash of vandalism were spotted by a security camera just before 1 a.m. Thursday. (Police handout)

The Prince Albert Police Service is trying to identify and find the vandals responsible for spray painting more than 20 homes and businesses overnight Thursday.

One homeowner, who didn’t want to be identified, woke up to graffiti on his house and fence said he was surprised as the area has been relatively free of crime and vandalism.

“I was very disappointed that somebody would come along and (spray paint properties). It’s hard to get off and also it’s costly.”

Sgt. Travis Willie said in an email to CTV that “this is an isolated incident and it is not common to have multiple properties damaged during one night.”

Willie said although graffiti does happen in the city, he doesn’t consider it a problem.

Police have released several photos of the suspects from security footage and ask anyone with information to contact the PAPS or Crime Stoppers.