One dead in crash on Highway 12 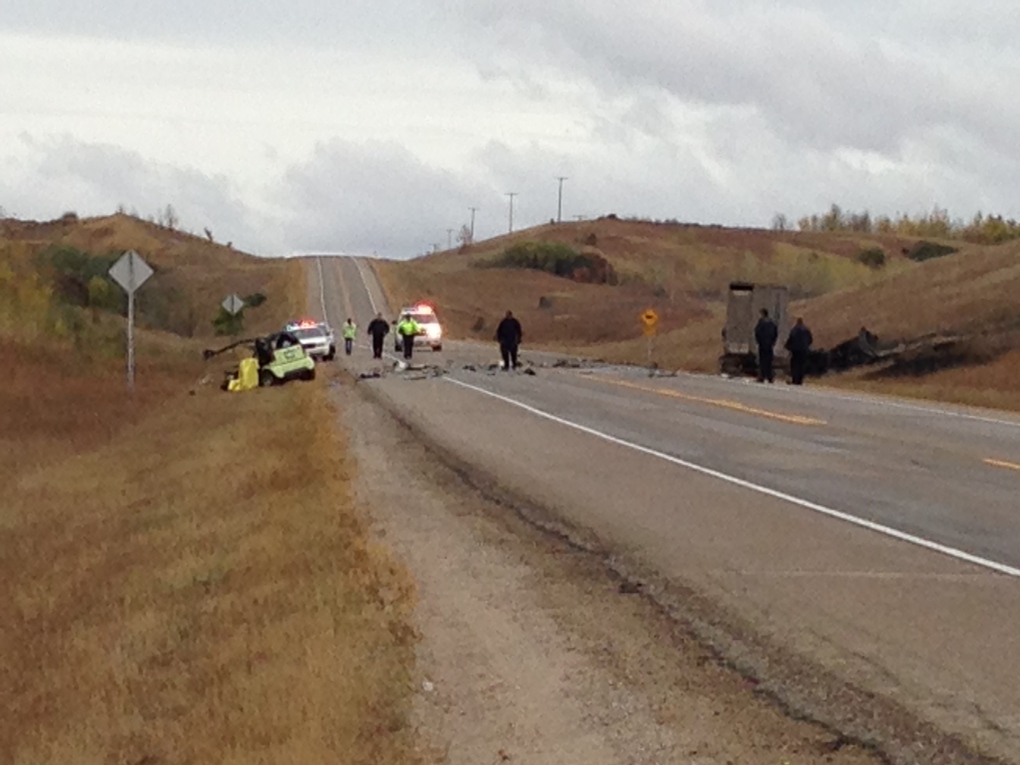 Blaine Lake RCMP are on the scene of a fatal two vehicle crash on HIghway 12 north of Saskatoon.

A collision between a semi and a car north of Saskatoon has left one man dead.

RCMP from Blaine Lake are on the scene of the two-vehicle crash on Highway 12 near Petrofka Bridge. The collision occurred between a northbound semi and a southbound car. The male driver of the car died as a result of the crash. RCMP said the male driver of the semi had no immediate injuries.

No other information about the deceased is released as his next of kin have not yet been notified.

RCMP have closed Highway 12 at Petrofka Bridge and said they’ll be on scene for several hours clearing the scene and completing their investigation.

A detour has been put in place but RCMP are asking the public to avoid the area.