A person is dead following a fire in a Rosthern, Sask. apartment building, according to RCMP.

Emergency responders were called to the building on 4th Avenue in Rosthern around 9 a.m. Thursday, RCMP said in a news release.

All other residents evacuated from the building safely, RCMP said.

Apartment resident Gilbert Baldhead was at work when he received a call from his 19-year-old son saying their building was on fire.

Baldhead says he could see smoke from the highway as he rushed back into town to meet him.

“He was pretty shaken up. He told me what he went through helping the family below us; helping a mother and a child out the front door. Their kids were evacuated on the balcony,” he said. 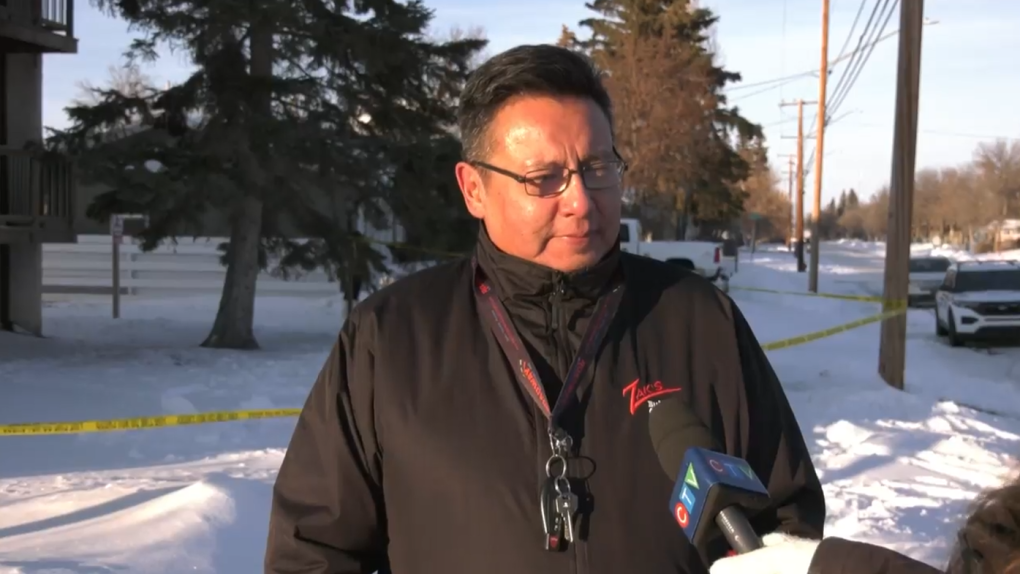 Gilbert Baldhead lived in the apartment building where a fire broke out on Friday. (Miriam Valdes-Carletti / CTV News)

Baldhead says he knows the person who died.

“It never dawned on me that she was in there,” he said. “It’s a pretty traumatic thing, but just speaking to some of the people around here today, the town of Rosthern is coming to some of the tenant’s aid and I’m thankful for that.”

Baldhead also thanked One Arrow First Nation for putting him and his son up in a hotel room in Saskatoon for a week.

He said his son was still in shock over the incident.

Jason Andres has been the live-in caretaker of the building for four years and says he and his daughter are going to have to find a place to live in the meantime.

“It’s hard. It’s going to be a hard Christmas this year. We’ll survive, I guess. We have lots of family around,” Andres told CTV News.

Andres is unsure how the fire started. He says it’s unlikely many of the units were untouched by thick smoke, saying residents have yet to return to collect their belongings.

“They’re all emotional and sad. They’re very stressed. They have to find a place to live in such a short time,” he said.

Andres and Baldhead say the property manager is working to find homes for displaced residents in Hague and surrounding areas, along with support from the town of Rosthern.

The coroner was called to the scene to investigate the death, RCMP said.

-With files from Miriam Valdes-Carletti 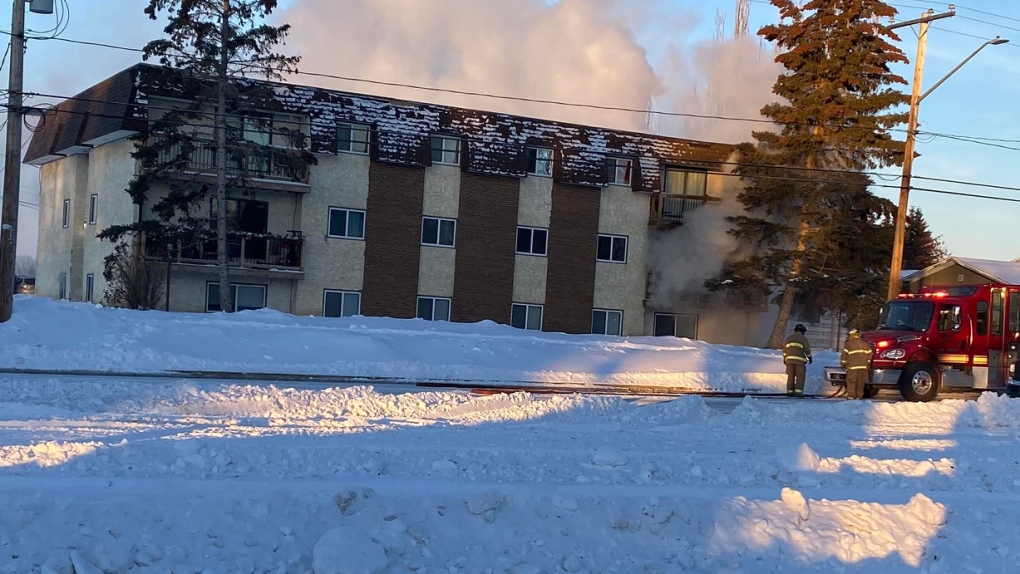 The Sask. RCMP says one person is dead following a fire in this apartment building on 4th Ave in Rosthern. (Photo: Facebook/Angel Wall)

Two children are dead and six others are injured after a Laval city bus crashed into a daycare Wednesday morning. The driver of the bus, a 51-year-old man, has been arrested and faces charges of homicide and dangerous driving, police say.

The Bank of Canada released a summary of its Governing Council meetings on Wednesday, providing the public and financial institutions with more insight into the central bank’s decision to raise its key interest rate on Jan. 25.

Netflix Canada says it will begin notifying subscribers Wednesday about new limitations around password sharing outside their households.

An 'awkward' attempt at a handshake between Alberta Premier Danielle Smith and the prime minister Tuesday is another example of leaders from the western province hesitating before shaking Justin Trudeau's hand, say political experts.

Inflation has eroded purchasing power for many Canadians, but the experience with rapidly rising prices has been far from uniform.

The sacrifices female killer whales continue to make for their sons well after they are weaned is negatively affecting their reproductive health, according to new scientific research.

Turkiye-Syria earthquake: How to give to rescue and recovery efforts

In the aftermath of the deadly earthquake that struck Syria and Turkiye, Canadians are donating money and supplies to rescue and relief efforts there. CTVNews.ca rounds up ways you can contribute to charities based in Canada and abroad.

An associate of Ontario’s self-described “crypto king” was operating his own fraud scam parallel to the multi-million dollar Ponzi scheme, court documents allege.