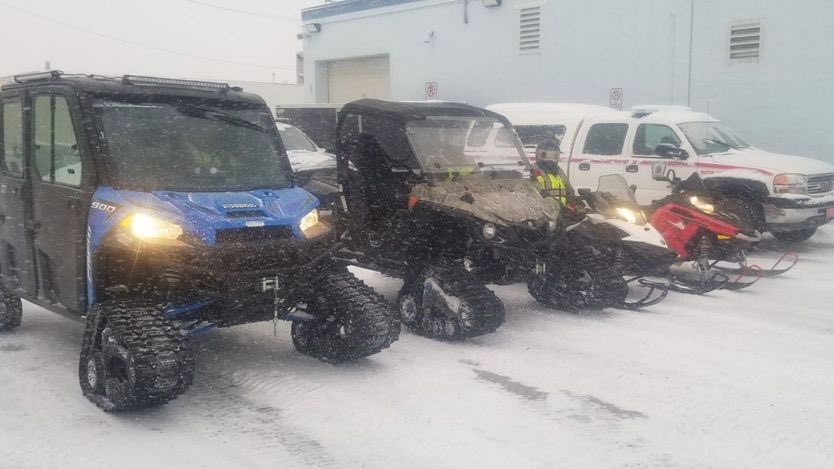 Saskatoon Fire Department worked with police and Saskatoon Search and Rescue to assemble its Stranded Mobile Task Force, a "small fleet" to move around the community and offer aid. (Twitter/@FireChiefYXE)

As the storm slammed the city Sunday, 108 calls related to stranded motorists came pouring into a shared tactical operations centre according to fire chief Morgan Hackl.

Overnight and by 8 a.m. Monday, firefighters attended 46 incidents, 23 of which were storm related, assisting 11 stranded people in vehicles, according to the fire department.

The task force is a partnership between the fire department, Saskatoon Police Service and Saskatoon Search and Rescue.

On Monday morning the task force continued to respond to stranded individuals navigating the city streets and as of 11 a.m., the task force had received 130 calls for storm-related assistance, the fire department said.