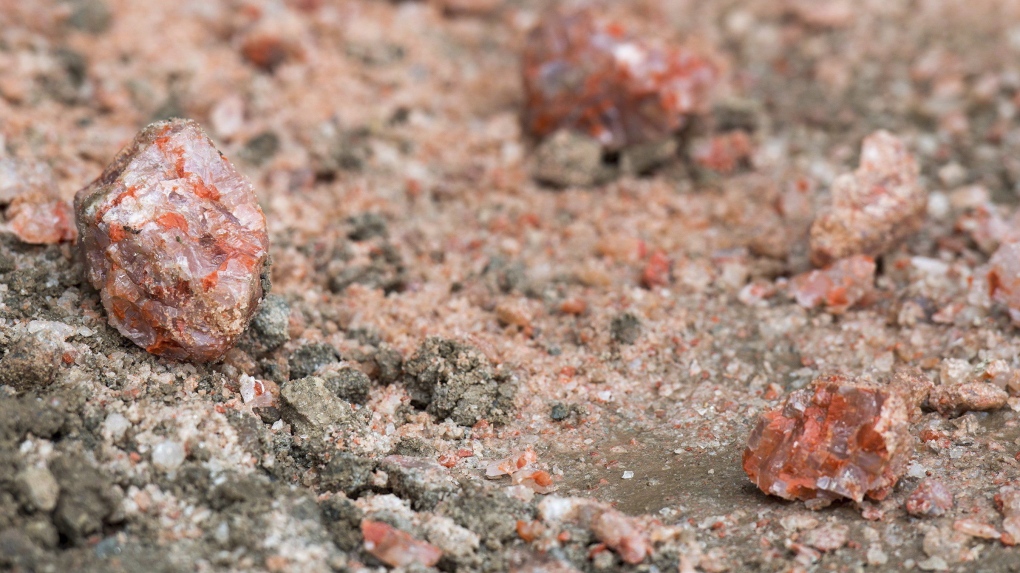 Pieces of potash at a surplus pile at the Mosaic potash mine in Esterhazy, Sask. on Wednesday, May 3, 2017. THE CANADIAN PRESS/Liam Richards

The elimination of credits and deductions to the potash production tax is a big change for Mosiac, said Sarah Fedorchuk, vice president public affairs and government relations.

“It's not small amounts of money we're talking about, so we were really hoping to be consulted on changes that would've taken place.”

Finance Minister Donna Harpauer announced the change in last week’s provincial budget. It will bring the tax up to 9.3 per cent from six to seven per cent.

Harpauer, who spoke at the Saskatoon Chamber of Commerce luncheon this afternoon, said this is a move the industry can handle.

“Right now, they're projecting a very good year both in price and in volume of sales. And we believe that the people of Saskatchewan should share in that. However, there has been no government that has stood up for that industry more than this government and should the industry find that there is headwins going forward, we'll work with them and make sure that their industry remains strong.”

Nutrien said they also would have liked to have been consulted before these eliminations were made.

“With these changes, Saskatchewan potash production will be subject to the highest royalty and tax rates in the world,” spokesman Will Tigley said in the release.

“In recent years, the potash industry has incurred significantly increased costs and this is yet another step to reduce Canadian competitiveness.”

Mosaic is questioning its future investments in the province.

“Mosaic has spent $5 billion in the province in the last decade, and we feel like we did it under a search and regulatory framework and now that that's shifted, I think it brings into question any investments of that type in Saskatchewan,” Fedorchuk said.

Credits and deductions to the potash industry will be eliminated on April 1 – the same day that the federal carbon tax comes into effect.